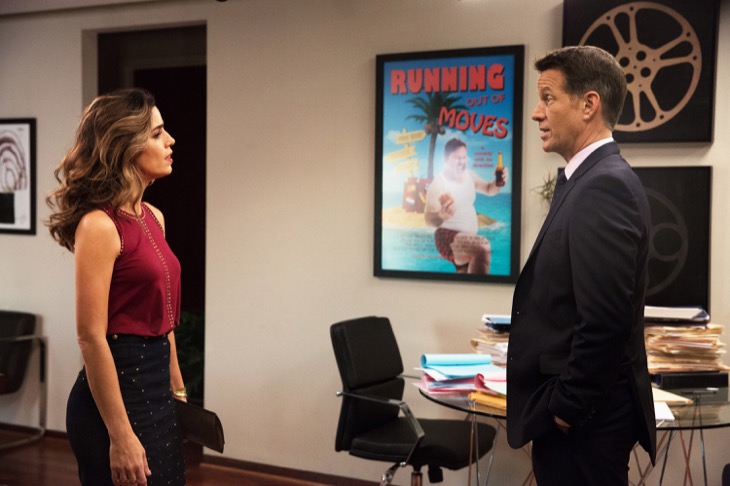 “Devious Maids” returns on June 6 on Lifetime TV. The Season 4 previews and scoop are trickling in, and boy, does it look like it’s going to be an action-packed season, Soap Opera Digest reports. The season will begin six months ahead, and the executive producer, Sabrina Wind teases that the show will have many twists, turns, and romantic triangles to keep you glued to the television.

In the first episode of the season, one of the fan-favorite will die in an emotionally charged scene. The episode will close to home, and the rest of the season will build on that character’s death. Marisol (Ana Ortiz) book, “Coming Clean: My Year Undercover As A Beverly Hills Maid” was made into a movie, and Marisol will find a love interest. There’s only one problem—her love interest is the EX of someone else on the show which is bound to cause a major conflict.

Carmen (Roselyn Sanchez) finds herself in a difficult situation when her daughter comes home without warning. It comes out that this child that comes to see Carmen as was revealed to be her cousin is actually her daughter that she gave up when she was a teenager. The best part about this revelation is the young woman is a mini-me to Carmen—there no way she can deny she isn’t her daughter.

Sebastian (Gilles Marini) is dead! He was there when the big blast occurred at the Powell home, so it is only natural the writers pick up and wrap up his storyline. The biggest question is what will happen to Adrian (Tom Irwin). The spoilers reveal that question will be answered in quickly in the begging of episode one.

Share your thoughts in the Comments section below, on our Facebook Page,  join our Facebook Group or Head over to our Discussion Board to Talk Devious Maids!