‘Days of Our Lives’ Spoilers Friday May 20: Chad Has Troubling Vision of Stefano – Ciara Kisses Chad in a Dream – Belle and Shawn Feel a Spark 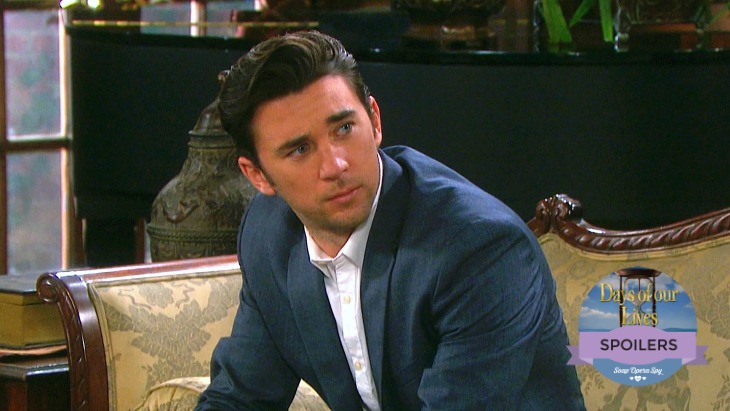 “Days of Our Lives” spoilers for Friday, May 20, tease that Deimos (Vincent Irizarry) and Nicole (Arianne Zucker) will really feel the heat. Nicole knows she has to make a bold move if she hopes to stop Deimos from marrying Kate (Lauren Koslow). She’s hoping that she can satisfy Deimos without having to take her plot to the bedroom.

However, we’ve seen some little moments between Deimos and Nicole that point to a real connection. Nicole promised Dario (Jordi Vilasuso) she wouldn’t fall for her mark, but she seems to be doing just that. If Nicole keeps this up, she may not have a big problem with taking their relationship to the next level. Stick with DOOL for updates on how far Nicole is willing to go.

Meanwhile, “Days” spoilers say another duo will heat things up as well. When Shawn (Brandon Beemer) stops by Belle’s (Martha Madison) place, he’ll be surprised to see that she’s been drinking. In her tipsy state, Belle’s true feelings will emerge. She’ll end up planting a kiss on Shawn. It looks like Shawn has secretly been wanting this, too. By Monday, Belle and Shawn hit the sheets for some steamy action.

Elsewhere, strange dreams will come for several Salemites. “Days of Our Lives” spoilers indicate that Ciara (Vivian Jovanni) will be perplexed when she has a romantic dream about Chad (Billy Flynn). She’ll imagine kissing him and that could mean a crush is developing.

Could this fantasy become reality? Time will tell, but let’s hope Chad will remain faithful to Abigail (Kate Mansi). Abby is going through enough as it is. The last thing she needs is a cheating husband. Chad needs to focus on supporting Abigail, but temptation could be lurking down the road.

Speaking of Chad, he’ll also have a vivid dream in Friday’s episode. Stefano (Joseph Mascolo) will return in his son’s vision to offer some advice. DOOL rumors hint that whatever Stefano says will make Chad a bit prickly. Stay tuned to “Days of Our Lives” to hear Stefano’s words of wisdom.

So “Days” fans, what do you think about the news that Deimos and Nicole’s bond will grow? Will Shawn and Belle start to reconnect? Is Ciara falling for Chad? Are you excited to see Stefano again? Voice your opinion in the comments below and don’t forget to check Soap Opera Spy often for the latest “Days of Our Lives” spoilers, rumors, updates and news.