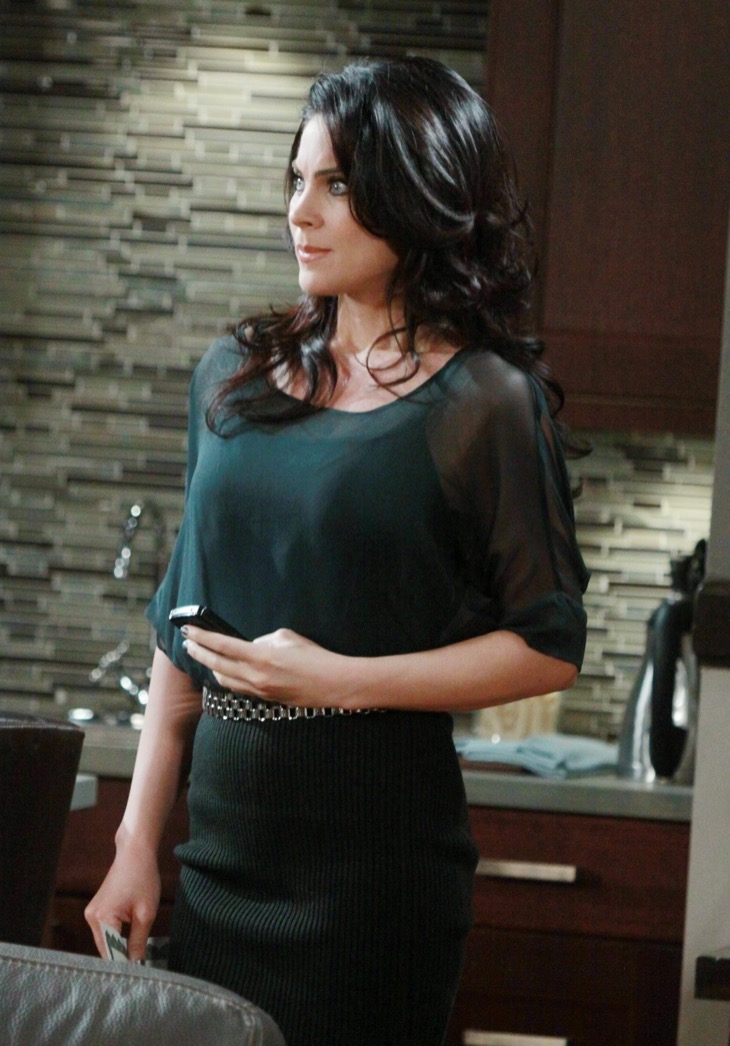 “Days of Our Lives” spoilers for Thursday, August 4, tease that things will heat up for Deimos (Vincent Irizarry) and Nicole (Arianne Zucker). DOOL viewers know that Deimos has been quite persistent in his pursuit. He loves Nicole and he’s determined to be with her. Nicole has been trying to fight her attraction to Deimos, but she just can’t deny it any longer.

Sparks will fly as Nicole finally admits she wants this. “Days” spoilers say Nicole and Deimos will finally make love. After they’re done, Deimos will surprise Nicole with a bold question. He’ll ask Nicole to marry him so they can build a future together.

Nicole will be stunned by how fast this relationship has progressed. Deimos wants everything to move at lightning speed. After spending 30 years in prison, Deimos is tired of waiting. Instant gratification is what he’s looking for these days.

However, Nicole may still consider marrying Deimos. He would undoubtedly understand if Nicole explained the situation. Their connection is strong and that could overcome a lot of obstacles. It seems Nicole will just have to mull this over and seek some advice.

“Days of Our Lives” spoilers reveal that Nicole will give Chloe (Nadia Bjorlin) updates on Deimos’ proposal. Of course, Chloe recently found out she’s pregnant with Deimos’ baby. She’ll probably keep that news a secret from Nicole for now, but she’ll offer a warning about the marriage idea. Chloe will suggest that Nicole should stay on guard when it comes to Deimos. She’ll maintain that he can’t be trusted.

Other “Days” spoilers indicate that Jennifer (Melissa Reeves) and Chad’s (Billy Flynn) cutthroat custody battle will continue. Jennifer is convinced that she can provide the best environment for Thomas. She has no intention of letting her grandson remain with Chad while he’s in his current state.

Chad will reflect on memories of Stefano (Joseph Mascolo) as he tries to cope with this crisis. “Days of Our Lives” rumors hint that tough times are coming for Chad. He’ll soon accept Abigail’s (Kate Mansi) death and that could send him down an even darker path. Stay tuned and don’t forget to check Soap Opera Spy often for the latest “Days of Our Lives” spoilers, rumors, updates, and news.

‘The Young and the Restless’ Spoilers Thursday, August 4: Summer NOT Pregnancy, Luca Pops the Question – Hilary Argues with Ashley – Billy Fights With Cane