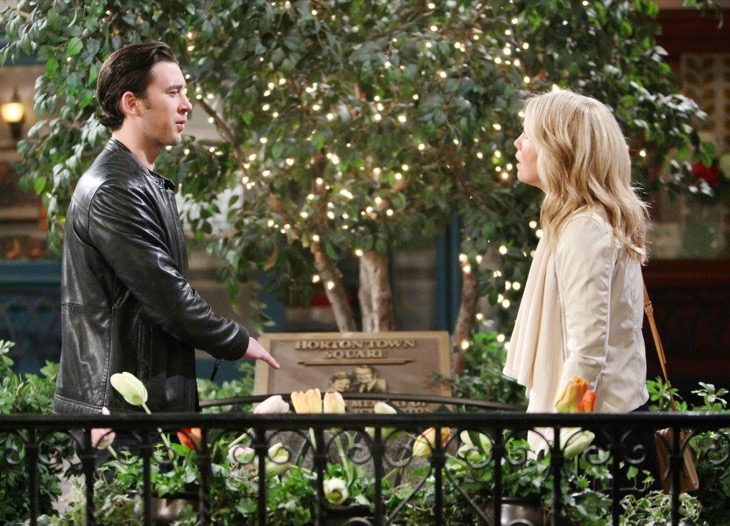 ‘Days of Our Lives’ spoilers reveal that Chad [Billy Flynn], though absolutely devastated by Abigail’s [previously Kate Mansi] death will work through his grief. The widower will bid farewell to Abigail privately in the chapel.

As Chad speaks with Abigail’s spirit he will work through the overwhelming grief he has felt since Abigail’s passing. Chad will need all the strength he can muster for his fight with Jennifer [Melissa Reeves] for custody of baby Thomas.

While Chad is dealing with his grief and trying to get his life back together Jennifer is slipping further and further into drug and alcohol addiction. Even though fantasy Jack [Matthew Ashford] has appeared and begged Jennifer to stop drowning her sorrows in bottles of booze and pills Jennifer can’t stop.

Thankfully Lucas [Bryan Dattilo], Adrienne [Judi Evans], Julie [Susan Seaforth Hayes and Doug [Bill Hayes] will once again be there to support Jennifer and help the grieving mother get clean, sober and healthy again. Obviously Jennifer is in no condition to care for Thomas.

There must be a way for Abigail’s mother and husband put their differences aside in order to raise Abigail’s baby. But what will happen when Jennifer’s mother Laura [Jamie Lyn Bauer] arrives back in Salem with news about Abigail? Will Laura have all the details of what happened the night Abigail “died”?

‘DOOL’ spoilers reveal that Mari Miller has begun filming scenes with Billy Flynn as the new Abigail DiMera. NBC Days recently shared a photo on Instagram, “I don’t know who this is. Maybe a fan that snuck on the set. She was escorted away shortly after this photo.”

You Might Also Like —> Kassie DePaiva Opens Up About Acute Myeloid Leukemia Diagnosis And Hospitalization, ‘DOOL’ Return Will Be Brief

Executive producer Ken Corday recently talked about the changes coming to ‘DOOL’ now that the daytime drama has returned from its break following the Summer Olympics.

There’s a new writing team in place at ‘Days Of Our Lives’ under the direction of Ryan Quan and Dena Higley. All are very confident fans will be pleased with upcoming storylines which will begin in September.

Abigail’s return will certainly cause shockwaves throughout Salem. Even though Chad and Jennifer have been able to get their lives back on track, Abigail’s return may either derail all their hard work or make the family stronger.