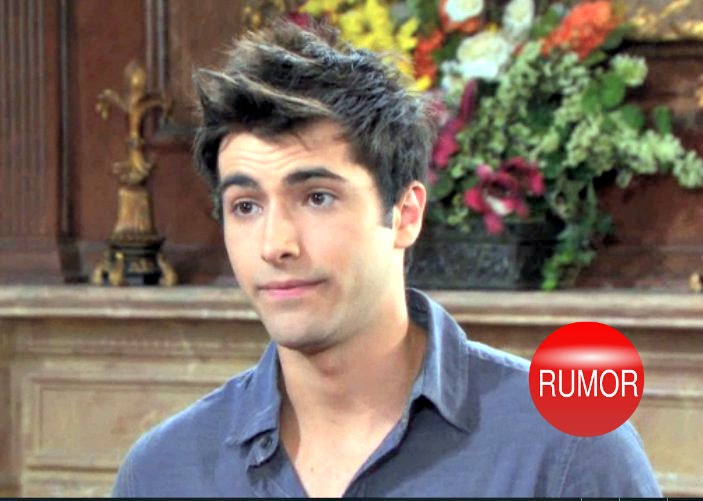 Freddie Smith, who won a Daytime Emmy Award for his portrayal of Jackson “Sonny” Kiriakis on “Days of Our Lives” (Days) but left the show late last year, was photographed on the “DOOL’s” set yesterday.

Sonny, a legacy character, being the offspring of Justin and Adrienne Kiriakis endeared himself to fans with his affable charm and deep love for another legacy character, Will Horton, son of Sami Brady and Lucas Horton. Sonny and Will married in the first gay nuptials on a daytime soap opera. But many fans felt let down, even tuning out of the show, when Sonny and Will broke up soon after their marriage and decision to raise Will’s baby daughter, whom he conceived with Gabi Hernandez. Will Horton died an ignominious death at the hands of “The Necktie Killer” last year, further upsetting fans.

A fan who goes by the moniker Jason47, and runs a Days website, posted a pic of Smith on the set of Salem Memorial Hospital to his Facebook page, Jason47’s Days Website. Jason47 noted that in the photograph Freddie and other actors appeared to be taping an episode.

Text above the photo on Jason47’s page reads: “PHOTO POSTED FROM SET YESTERDAY SHOWS FREDDIE SMITH AND OTHER ACTORS TAPING IN HOSPITAL ROOM SET…SCENE SHOULD AIR JUST BEFORE OR AFTER THE TWO-WEEK OLYMPICS HIATUS IN AUGUST…Freddie Smith (Sonny) and several other actors are in a photo posted from the set yesterday, when scenes at the hospital room (next to the nurses’ station) were being taped. Who will Sonny and others be visiting in August?” As a member of the Kiriakis family, one with ties to so many Salem characters, possibilities abound.”

Last week, Vincent Irizarry, posted a similar picture to the one snapped yesterday, leading fans to rejoice at the possibility of Sonny’s return. Irizarry quickly denied Smith’s appearance on set or in the picture.

So “DOOL” fans are you excited that Freddie Smith might be headed back to “Days of Our Lives”?

‘The Young and The Restless’ News: Why Adam and Chelsea Are Our Y&R Cupid Couple of 2016