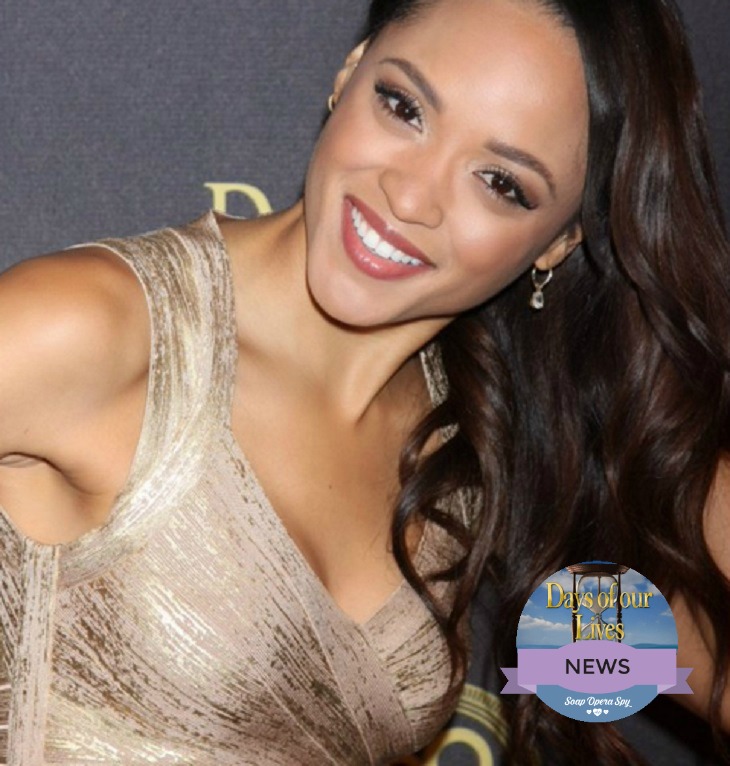 Recent soap news indicates that along with three other co-stars, Sal Stowers is OUT at ‘Days of Our Lives’ as Lani. This is a decision reportedly made by the new writing team at the NBC soap. Stowers may be upset over the bad news of her exit from the series, but she is appreciative of the support she received from fans. She took to twitter to show her appreciation with a tweet “Thank you for making me feel so loved!!!! Your tweets and support never fail to brighten my day. I love you all!”

Many viewers were hoping the news of the DAYS “Bloodbath” that was released yesterday, would have been just an unscrupulous rumor. But so far, the actors are taking time to confirm it and give thanks to the fans for supporting them.  The original report from Daytime Confidential also indicates that unlike the other three, Stowers was given her pink slip in late 2015 after debuting in the role in the same year.

When the news broke yesterday that four stars including Stowers, Marie Wilson, Brandon Beemer and Martha Madison were given their walking papers, several fans took to social media to voice their disappointment. and Stowers has taken the time to respond to the love she has felt from the fans.

Stowers, is also an American model who played the part of Soap legend Debbi Morgan’s daughter on All My Children ‘Cassandra Foster’. We are indeed sad to see this talented actress go, but we wish her all the best with her future endeavors.

So Days fans, are you sad about Sal’s upcoming exit? Do you wish the writers kept her on? Would you like to see her another soap?

‘Days of Our Lives’ POLL: Can Hope Be Redeemed After Gunning Down Stefano – VOTE!