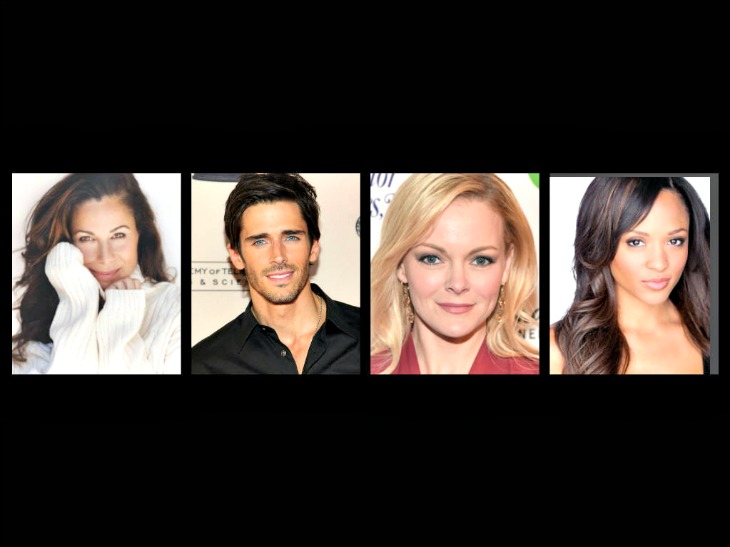 “Days of Our Lives” spoilers tease that four cast members at the NBC soap are being fired and written out of Salem. Marie Wilson (Summer), Brandon Beemer (Shawn), Sal Stowers (Lani), and Martha Madison (Belle) are all reportedly OUT at Days of Our Lives – per a report from Daytime Confidential.

Days Of Our Lives is currently on a bit of a hiatus – per their new contract they will be on regularly scheduled filming, only one month in advance. So, they have a few months to prepare for new storylines while they run through all of their pre-filmed episodes. And, new head writer Josh Griffith is not wasting any time cleaning out the extra characters in Salem.

Martha Madison and Brandon Beemer’s new characters Belle and Shawn recently returned in 2015 as part of the DOOL Anniversary event, however the former super couple doesn’t seem to be gaining as much traction with fans as they once had. Of course, it probably didn’t help that they threw Philip Kiriakis in to the mix.

This is actually the second time that TPTB have tried to make Marie Wilson happen in Salem, and her character Summer doesn’t seem to be resonating as well with fans as they had hoped. Rumor has it she is trying to con Maggie out of her family fortune – so it is probably for the best that she is on her way out.

As far as Sal Stowers’ character Lani goes – she really could have been great, and was recently paired up with a possible love interest in Beemer’s character Shawn. But, if Shawn is leaving – there really is no point in keeping Lani around, sadly. Her exit will most likely stir up some outcries from disgruntled fans because of DOOL’s lack of diversity.

So far no one from Days Of Our Lives has confirmed this major casting news, but they rarely do. Are you shocked by these DOOL spoilers? Which cast member will you miss the most – Summer, Lani, Shawn, or Belle? Let us know what you think in the comments below!

‘Days of Our Lives’ Spoilers Tuesday March 22: John Rushes to Save Drugged Paul – Rafe Makes a Shocking Find – Dario Stunned by Eduardo’s Past

Days Of Our Lives Weekly Spoilers January 20 to January 24: Both Adrienne And Haley…

Days Of Our Lives Spoilers: Did Summer Townsend Drive Maggie To Drink And Cause…