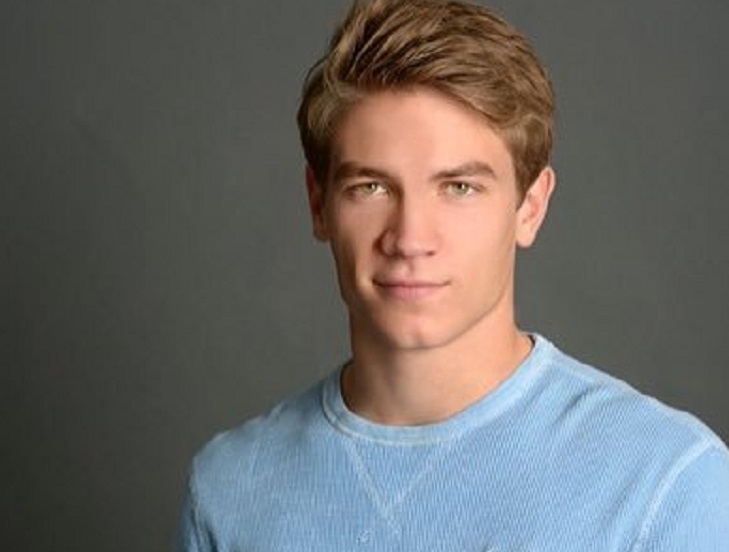 ‘Days of Our Lives’ news revels that Lucas Adams has been cast in the role of Tripp the son of Steve Johnson [Stephen Nichols] and the late Ava Vitali [Tamara Braun]. The actor revealed the information through his Twitter account through a series of retweets.

Serial Scoop confirmed the information regarding Adams’ casting as Steve and Ava’s long lost son. ‘Days of Our Lives’ spoilers indicated that Tripp is headed to Salem in search of answers about Ava’s death.

As ‘DOOL’ fans know, Joey Johnson [James Lastovic] smothered Ava with a pillow as she lay in a hospital bed. ‘DOOL’ spoilers indicate that Tripp doesn’t believe a word of the ISA’s story about Ava’s death. He’s not even going to believe Steve had anything to do with the murder.

Lucas Adams will bring Tripp to Salem to cause lots of problems, mainly for Kayla Brady [Mary Beth Evans], Steve and of course, at some point, for Joey, his half-brother.

There is a distinct possibility that Tripp will interfere with Kayla and Steve’s relationship causing the reunited lovers to all off before their February wedding.

‘Days of Our Lives’ spoilers tease that while Steve’s long lost son is searching for answers about the suspicious circumstances surrounding Ava’s death, Tripp is going to get into some kind of trouble. This may have something to do with Kayla paying Tripp’s bail after he was charged with assault and battery, according to a leaked audition tape.

Related: Veteran Actor Leaving DOOL – Who Is It?

Why was Tripp charged with assault and battery? ‘DOOL’ spoilers indicate that he will claim some guy was harassing Claire Brady [Olivia Rose Keegan].

Lucas Adams’ acting credits include the role of Josh Wilcox on the television series ‘Liv and Maddie,’ as well as guest appearances on ‘Grimm’ [Peter Bennett], ‘True Blood’ [Lou] and ‘Dexter’ [Teenage Harrison]. At this time, there is no confirmation on Lucas Adams’ first appearance date on ‘Days of Our Lives.’

‘Days Of Our Lives’ RUMOR: Veteran Actor Leaving DOOL – Who Is It?

‘The Young And The Restless’ Spoilers: Audition Videos Leaked For Role of Marcus – Hilary’s Secret Lover Or Mariah’s New Boyfriend?