‘The Young And The Restless’ Spoilers: Audition Videos Leaked For Role of Marcus – Hilary’s Secret Lover Or Mariah’s New Boyfriend? 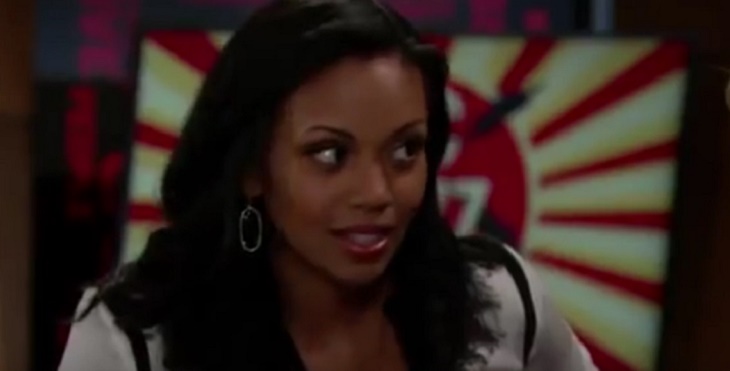 ‘The Young and the Restless’ sent out a casting call in late November for the role of Marcus. The description of the character is a Caucasian male, age 32, who will portray a dashing and passionate journalist.

The rumor mill has already started churning about the role. Is he Hilary Hamilton’s [Mishael Morgan] secret lover.

Hilary and Devon Hamilton [Bryton James] are in a precarious place in their marriage right now. Hilary isn’t known for her loyalty or fidelity even with a ring on her finger.

Could Marcus be a love interest for Mariah Copeland [Camryn Grimes]? It’s about time Mariah had some passion in her life rather than running around putting out fires for Sharon McAvoy [Sharon Case].

Mariah hasn’t had a love interest since arriving in Genoa City. Sure, she tried to put the moves on stepfather Nick Newman [Joshua Morrow] but he shut that down quick.

Next up Mariah tried to give it a go with Kevin Fisher [Greg Rikaart] but romance wasn’t in the cards. Not even a friends with benefits relationship.

The only guy Mariah had any real feelings for was Tyler Michaelson [Redaric Williams] but he didn’t stick around town very long after Mariah tracked him down. As you can see, if the rumors are true, Marcus would be the love interest Mariah finally deserves.

As a journalist Marcus would fit right in at GC Buzz. It’s not a stretch to think Devon would hire a new guy to break up the female cattiness onset. It doesn’t hurt for Devon to have a guy on his side when it comes to Mariah and Hilary.

Would it surprise anyone if Hilary has yet another affair, or at the very least tries to sleep with the new guy? Hilary bedded Neil Winters [Kristoff St. John] and then cheated on Neil with his son Devon. Hilary has even tried to worm her way into Jack Abbott’s [Peter Bergman] bed.

Once Marcus finally arrives in Genoa City we’ll find out which rumor is true. Is Marcus a secret lover of Hilary’s? Is the passionate journalist a love interest for Mariah? Or, will the two women fight over his affection? Hilary might enjoy the attention of a hot new guy, but Mariah definitely needs a good man, maybe someone she can settle down with and start a family.

A couple of audition tapes have been leaked on Vimeo. Check them out and let Soap Opera Spy know what you think about the rumors surrounding ‘The Young and the Restless’ casting Marcus.

The Young and the Restless from michael barbuto on Vimeo.
Continue Reading
Place your ad here
Loading...