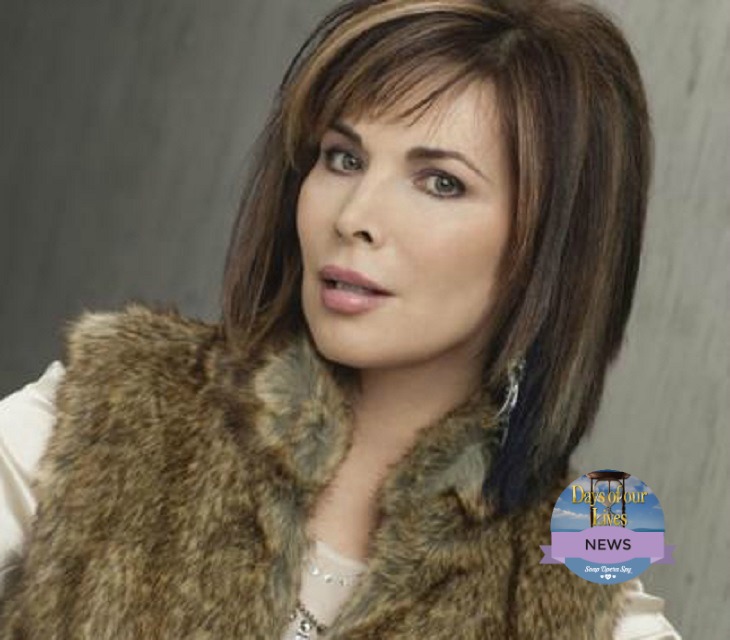 If fans continue to support the show, they can count on Days of Our Lives (Days) sticking around “for the long haul,” said Lauren Koslow (Kate Roberts) in an interview by Abbie Bennett for the Columbus Dispatch on Wednesday. Days aired its 12,000th episode in 2013.

Koslow, Suzanne Rogers (Maggie Horton), and Billy Flynn (Chad DiMera) spoke of the honor they felt being a part of the daytime community for a combined 56 years!

“There’s nothing like this. It’s such an extraordinary thing,” Koslow said. “You grow up with this show,” she added, having been on Days for 20 years.

“As you grow older, you evolve as a person and your character evolves and matures, so it’s this never-ending cycle,” said Flynn of acting in daytime, which he has been doing since 2014. He then added with his characteristic flirtatious cheek, “You might get abducted or brainwashed every few years.”

All three actors underscored that social media, and a show or character’s interaction with their fans on it, has changed daytime.

“It’s [social media is] a great way to interact with the show, said Koslow, “If fans really love something, or really hate something, that absolutely influences the writing.”

Flynn mentioned the respect and awe he had for Koslow and Rogers and their decades on Days. But the article truly glowed with all three actors’ appreciation for the one-of-a-kind cultural force that is daytime TV.

Koslow, and Rogers, who has played Maggie for 34 years, agreed that they often find out the next unexpected turn a story they are involved in will take not long before viewers do. “They [the writers] don’t usually run it by us first,” she told Bennett, laughing.

The writer,  wrote of her interview with Koslow, Rogers, and Flynn objectively but with due reverence and respect.