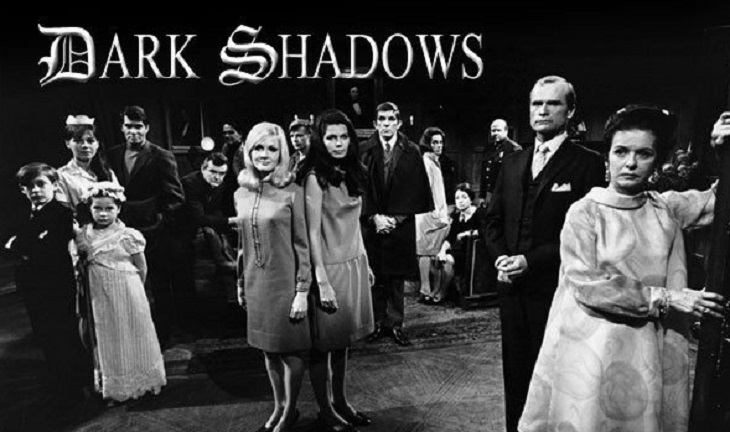 The gothic soap opera ‘Dark Shadows’ aired on ABC from 1966 until 1971. Just a few of the major ‘DS’ characters throughout the daytime drama’s run were Jonathan Frid [Barnabas Collins], Lara Parker [Angelique Bouchard Collins], Diana Millay [Laura Collins], and Alexandra Moltke [Victoria Winters]. Where are they, and rest of the cast, now?

A graduate of the Royal Academy of Dramatic Arts and also the Yale School of Drama, the actor returned to his roots, performing in live theatre productions on Broadway.

Frid returned to his native Canada and passed away at the Juravinski Hospital in Hamilton Ontario on April 14, 2012 from pneumonia. ‘DS’ fans have a petition to induct Frid into the Canadian Walk of Fame and nominate the actor for the Cineplex Plex Legends Award 2017.

Angelique was a powerful witch introduced to explain how Barnabas became a vampire. The witch and the vampire had a revolving love affair. After ‘DS’ was cancelled in 1971 Lara went on to have a long career in television and movies, making a cameo appearance in the 2012 big screen version of ‘Dark Shadows’ starring Johnny Depp.

Now an author, Lara has penned several novels based on the gothic-horror soap opera. The most recent, ‘Dark Shadows: Heiress of Collinwood’ will be released on November 8. The novel tells the story of Victoria Winters, the one-time governess at Collinwood Manor.

‘Dark Shadows’ first supernatural character, Laura Collins. Starring in 62 episodes of the daytime drama, Millay’s character was an immortal phoenix-woman who was burned in a fire and then reborn to spend another 100 years on Earth.

In 1971 Millay reprised her role in the feature film ‘Night of Dark Shadows.’ Eventually Millay gave up acting and became an author. Her novels include ‘I’d Rather Eat Than Act’ and ‘The Power of Halloween.’

Victoria Winters became the governess at Collinwood Manor. The mysterious dark-haired girl was seeking answers about her past and her parentage. After Victoria was written out of ‘Dark Shadows’

In 1985 Alexandra became a curator specializing in arts, drama and children’s programming at the Museum of Television and Radio. Her career as a producer and director of award-winning documentaries began after Alexandra received a grant from the National Endowment for the Humanities.

‘The Bold And The Beautiful’ News: Proud Dad Jacob Young Shares Adorable Photos Of His Kids – They’re Getting So Big!