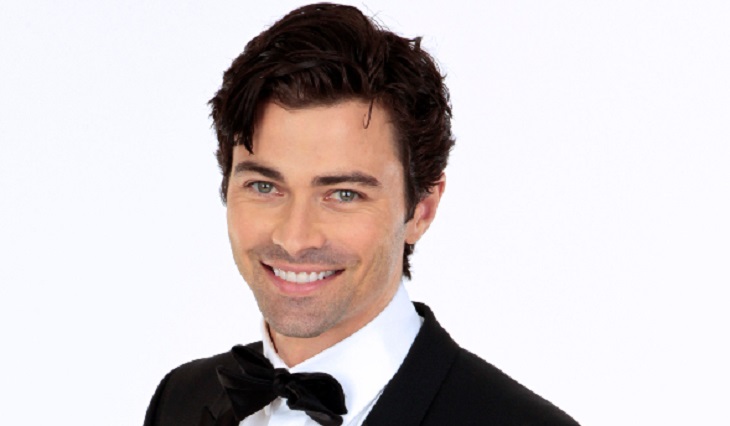 ‘General Hospital’ actor Matt Cohen [Dr. Griffin Munro] has booked his next gig. According to Soap Opera Digest Cohen has landed the role of Ryan in the CBS primetime drama ‘Criminal Minds: Beyond Borders’. SOD reports that the role is a recurring part which will be aired on the upcoming new season of the already established drama series.

Cohen’s role was officially reported by TVLine and Adam Glass the show’s executive producer was quite happy to be working with Cohen another time. Cohen’s filmography list shares that he and Glass previously worked on another series called ‘Supernatural’. Glass, being happy to work with Cohen again tweeted, “A special thanks to @GeneralHospital for being so kind in working with us to make @mattcohen4real part of #CMBB this year. #ClassAct”.

Cohen apparently plays an IRU team leader named Ryan, who is also the son of Jack, played by Gary Sinise. Ryan is determined to be like his father, who is a top FBI agent. IMDB shares that CMBB is about “an international unit of the FBU charged with coming to the aid of, and solving crimes involving, American citizens in foreign countries, A spin-off Cirminal Minds.”

The new season is set to begin in early 2017 and Cohen joins former ‘General Hospital’ co-star Brooklyn Rae Silzer [Emma Drake], who made an appearance on season one. Cohen will make his debut in the season premiere of the primetime series.

Cohen is still a bit new over at GH, he joined the ABC daytime drama in February of this year and viewers are still getting to know him. He since then has been revealed as the son of Duke Lavery [Ian Buchanan] and also the secret lover of Claudette [Bree Williamson]. Viewers can continue to catch him weekdays on ABC, so far there is no indication that his new gig will take him away from ‘GH.’

‘The Young And The Restless’ News: Miles Gaston Villanueva OUT, Confirms Luca’s Exit From ‘Y&R’