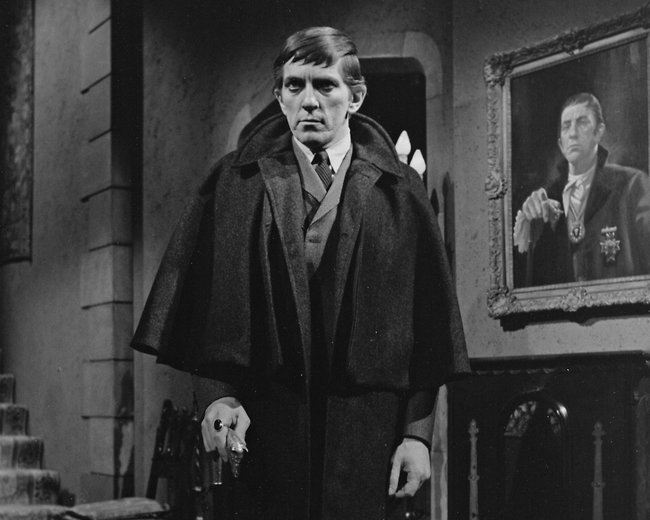 ‘Dark Shadows’ premiered on ABC at 3 p.m. on June 27, 1966. The gothic soap opera exterior shots were filmed mainly at Seaview Terrace Mansion in Newport, Rhode Island. The Seaview Terrace served as the exteriors for the haunted Collinwood Manor from 1966 until ‘Dark Shadows’ cancellation in 1971.

Whiskey millionaire Edson Bradley created Seaview Terrace when he relocated his French-Gothic mansion from Washington, D.C. to the Newport property located at Ruggles and Wetmore avenues. Seaview, the 1885 Elizabethan-Revival mansion, already occupied the site and Bradley incorporated the design of the manor into the half-city block long mansion transferred from Washington, D.C. 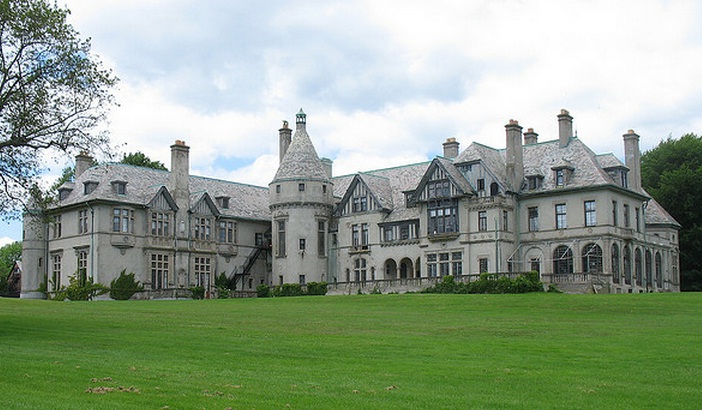 The sprawling mansion featured a chapel, stained glass windows, high arched doorways and turrets. The interior was decorated in a seashell motif which paid homage to the manor’s seaside location. It was designed in the French Renaissance Revival Châteauesque style. Seaview Terrace cost over $2,000,000 to construct.

In August 1929 Edson Bradley’s wife Julia Williams Bradley died and her funeral was held in the manor house’s chapel. Edson spent only five more summer at Seaview Terrace before his death in 1935.

You Might Also Like —> Lara Parker’s New Book ‘Dark Shadows: Heiress of Collinwood’ Available For Pre-Order On Amazon

Julie Bradley Shipman, Edson and Julia’s daughter, took over the estate and lived there until 1941. A dispute with the City of Newport over three years of unpaid taxes lead to Julie’s vacating the gothic mansion. During World War II the mansion was used as barracks for U.S. Army officers.

Seaview Terrace Manor was the perfect gothic mansion to serve as the exterior of the haunted Collinwood Mansion on ‘Dark Shadows.’ The eerily setting at night lent well to Baranbas Collins [Jonathan Find] stalking the grounds of Collinwood from dusk to dawn.