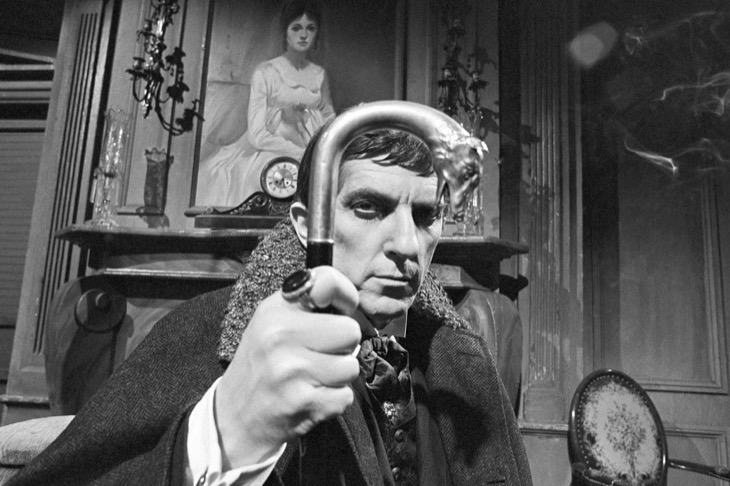 ABC carried ‘Dark Shadows’ on the network’s daytime line-up from 1966 until 1971, but the gothic soap opera has a vast cult following to this day. Sadly many cast members have died and we offer this In Memoriam to those that made ‘DS’ such delightful guilty pleasure.

The face most associated with ‘Dark Shadows’ didn’t join the cast until April 1967. His first appearance was in episode 211. Frid remained with the soap opera through the very last episode which aired on April 2, 1971.

After ‘Dark Shadows’ was cancelled Frid returned to live theater productions and was a fan favorite during the 1980s at ‘DS’ fan festivals. In 2004 Jonathan Frid returned to his native Canada. The actor died at the age of 88 from pneumonia on April 14, 2012. ironically his passing was just 4 days before the 45th anniversary of the vampire Barnabas Collins arrival at Collinwood Manor.

Joan played an important role in ‘Dark Shadows’ as the eldest daughter Elizabeth. Against the objections of her wealthy younger brother Roger Collins [Louis Edmonds], Elizabeth married Paul Stoddard and gave birth to the couple’s daughter Carolyn. Joan Bennett received a Daytime Emmy nomination for her portrayal of Elizabeth in 1968.

After ‘Dark Shadows’ ended its run on ABC in 1971 Joan Bennett went on to guest star in the television shows The Governor & J.J. and Love, American Style. In 1977 Joan had a starring role in the horror thriller Suspiria and received a Saturn Award for her performance. Joan’s autobiography The Bennett Playbill was published in 1970.

At the age of 80 Joan Bennet died following a heart attack on December 7, 1990. She was survived by David Wilde, her husband of 12 years. A star on with Joan Bennett’s name is on the Hollywood Walk of Fame.

After the cancellation of ‘DS’ Louis Edmonds had a guest star role in the 1972 television movie Your Money or Your Wife and also on the short-lived television show The Exterminator. He starred on All My Children from 1979 until 1995.

In the 1970s it was revealed, with Louis’s cooperation, that the actor was gay. He bravely shared details of his life as a gay man. Louis Edmonds died at the age of 77 from respiratory failure on March 3, 2001.

After ‘DS’ was cancelled Grayson Hall appeared in the feature film House of Dark Shadows as Dr. Julia Hoffman and as Carlotta Drake in the sequel Night of Dark Shadows. The actress also enjoyed a successful career guest starring on the television series Kojak and the made for television movie Gargoyles.

Grayson’s last on-screen role was as Euphemia Ralston on the ABC soap opera One Life to Live from July 1982 until April 1983. Joan Grayson died at the age of 62 in 1985 after six month battle with lung cancer.