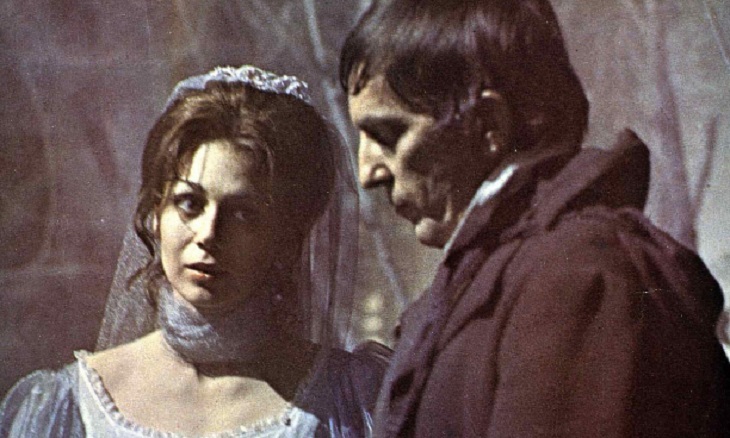 Kathryn Leigh Scott portrayed waitress Maggie Evans on the gothic soap opera ‘Dark Shadows’ from 1966 until 1970. When Barnabas Collins encountered Maggie, a waitress at a coffee shop, the vampire was convinced that Maggie was the reincarnation of his long-lost love Josette du Pres. That’s because the coffee shop waitress was the spitting image of Josette.

Unfortunately, Barnabas had been unable to control his desires and once enjoyed a dalliance with Josette’s personal maid Angelique Bouchard [Lara Parker].

Angelique wanted Barnabas and attempted to seduce him when she arrived in Collinsport with Josette.

Angelique was a very powerful witch. After Barnabas’s stinging rejection Angelique cast a spell on Josette who then fell in love with Barnabas’s young uncle Jeremiah Collins [Anthony George] and the two eloped.

Jeremiah died during a duel with Barnabas but that did not break the spell Angelique had cast. Josette declared she would forever love Jeremiah.

Angelique and Barnabas married but it wasn’t long before he discovered his bride was a witch. Barnabas shot Angelique and as she lay dying she cursed her husband who died not long after and rose again as a vampire.

Josette and Barnabas’s love story was not yet over. Barnabas returned as a creature of the night and Josette prepared to finally marry him. A series of hallucinations brought on by a not dead Angelique caused Josette to jump to her death.

In an 1840 storyline Barnabas was never a vampire and had never been parted from Josette. The couple had married and Josette bore a son. In the 1897 storyline Barnabas, still a vampire, encounters Josette’s doppelganger Lady Kitty Hampshire.

Throughout the centuries Josette haunted Collinwood Manor and would often warn members of the family of impending tragedy. A portrait of Josette hung in the mansion and when first Barnabas discovers the portrait he speaks to it, asking for answers.

Barnabas arrived in Collinsport in 1967 and attempted unsuccessfully, to brainwash Maggie into thinking she was Josette. With the help of Sarah Collins [Sharon Smythe] Maggie escaped from Barnabas.

To protect Maggie from Barnabas Dr. David Woodard [Richard Woods] fakes her death and sends her to Windcliff Sanitarium where she is treated by Dr. Julia Hoffman [Grayson Hall].

‘Dark Shadows’ was known for its parallel, time-traveling storylines. The tragic life of Josette du Pres and her various doppelgangers was just one of many of these such storylines from the writers of ‘Dark Shadows.’