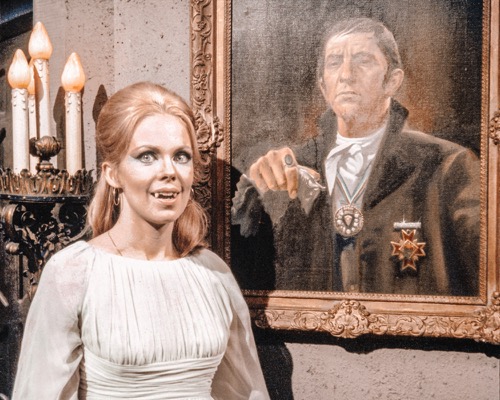 For fans looking to get into the mood just in time for Halloween, we’ve got good news for you. As a matter of fact, Decades TV is about to help you get your “spook on” with a 260 episode of Dark Shadows. Yes, you read that correctly – all 260 episodes! And we’ve got all of the details you need right here.

According to reports, fans of the horror series can relieve all of the gothic drama of this cult favorite. What’s more, you can follow every episode of the drama with the Collins family and the vampire, Barnabas (played by legendary actor Jonathan Frid).

If that weren’t enough, Decades TV is also is also allowing you to have some fun with the series online, too. You can visit their site to take a fun ‘Which Dark Shadows Character Are You’ quiz. While you are there, you can also learn 7 7 Spellbinding Things You Didn’t Know about Lara Park and9 Terrifyingly Amusing Facts about Dark Shadows.

Also, a lot of fans probably don’t know this but Jonathan Frid wasn’t even part of the show’s first 210 episodes. Yet, his portrayal of the vampire Barnabas Collins helped make the show one of the highest rated series of its time. He was only supposed to take on a 13-week role but producers loved him so much that he stayed on for the rest of the series. The first episode was aired back in April of 1967 and the last one was on April of 1971.

In the meantime, drop us a line with your thoughts in our comments section below. And as always, don’t forget to check back with Soap Opera Spy for all the latest news, updates and spoilers on your favorite daytime television shows like Days of Our Lives, The Young and the Restless, The Bold and the Beautiful, and General Hospital.

The Young and the Restless Spoilers: Genoa City Fright – JT Mystery About To Explode

Days of Our Lives Spoilers: Chad And Jennifer Shocked By Abby