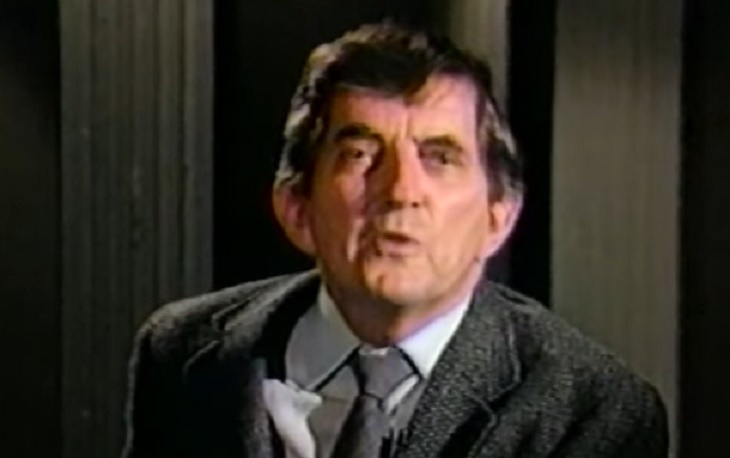 The documentary ‘Casting Shadows’ was released in 1987 and includes an interview with Jonathan Frid, the Canadian actor who portrayed the vampire Barnabas Collins.

Frid revealed that during his time on the gothic soap he wasn’t always satisfied with his work. Watching the daytime drama in reruns gave the actor a new perspective on the character and on ‘Dark Shadows’ as a whole.

“I look back and see the value of Barnabas. He was a very interesting character, multifaceted. I look back quite warmly and quite happier about it than I was at the time.” Looking back Frid does see the charm, simplicity and appeal of the show. During the interview Frid referred to the gothic daytime drama as part of American folklore.

The immediate popularity of a soap opera that incorporated the paranormal, time travel, ghosts, werewolves and vampires took Jonathan Frid by surprise. At the time ‘Casting Shadows’ was taped the actor wasn’t quite certain why ‘Dark Shadows’ had not only retained its fan base, but had grown in popularity.

Though Frid had an impressive resume before joining the cast of ‘Dark Shadows,’ he felt an enormous responsibility and considered Barnabas Collins to be an influential role in television history. “I was very nervous doing the show. It was the first time I had done a really important role.”

That nervousness helped bring Barnabas Collins to life, as the vampire was skittish. Born 200 years before, Barnabas arrived at Collinwood Manor in a coffin. He was forced to hide his identity for obvious reasons. “Think of this terrible anguish and terrible agony for this man who has to present himself in this new century. So, he has a lot to be nervous about.”

As Barnabas began to fit into the new century and into the Collins and Stoddard families, Jonathan Frid became less anxious and more comfortable working with the impressive company of actors and actresses who were the stars of ‘Dark Shadows.’

Jonathan Frid went on to star in a self-produced one man show and continued to attend the annual ‘Dark Shadow’ festival. Frid passed away on April 14, 2012 from pneumonia at Juravinski Hospital in Hamilton, Ontario.