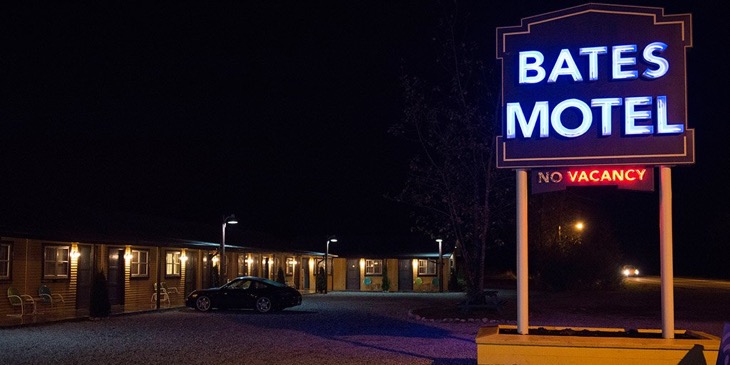 ‘Bates Motel’ Season 5 spoilers indicate that A&E’s plan was always to end the show after five seasons and Norma’s death (and exhumation) as Season 4 wrapped set the stage for the beginning of the end. So what’s in store for the final season of the creepy series?

Even though Norma Bates [Vera Farmiga] met her unfortunate end in the Season 4 finale, if you know anything about the classic film (and novel) Psycho that inspired the series, you know that Norman Bates’ [Freddie Highmore] mother is far from gone and will be part of Season 5.

Season 5 will contain 10 episodes to bring the series to a conclusion similar in nature to the source material, but not in an identical manner, according to showrunners Carlton Cuse and Kerry Ehrin. Cuse said it had long been the plan to kill of Norma at the end of Season 4. 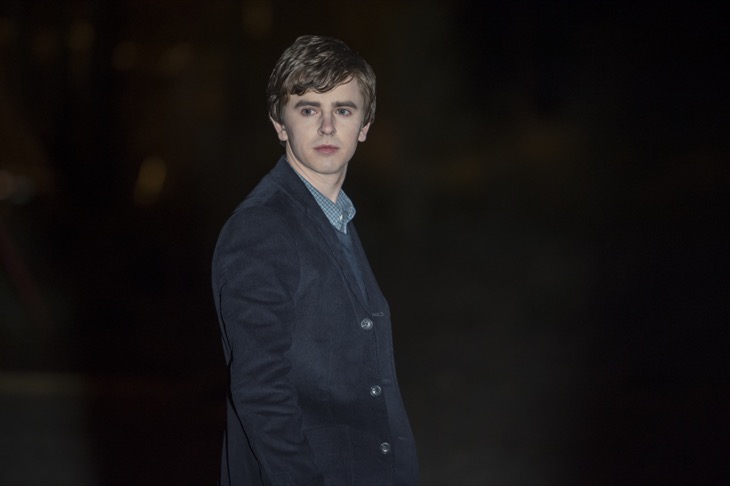 Norman already brought his mom’s carcass home and showrunners indicate that Norma will be part of the character tapestry as we head into Season 5. Actress Vera Farmiga will continue in the role but as a fully formed figment of her son’s twisted mind.

Dylan Massett [Max Thieriot] and Emma Decody [Olivia Cooke] will play significantly in the final season as well. Norman’s half-brother Dylan may be one of the first to figure out just how far afield mentally that Norman has wandered after the death of their mother.

The really big news for the ‘Bates Motel’ final season is the addition of Marion Crane to the character cast of the hit A&E show. If you’ve ever seen Psycho, you’ll know Marion is the stabbing victim in the infamous shower scene.

In the film, Marion stole money from her workplace and ran off which sent her to Bates Motel to hide out. Norman found Marion attractive but then she overheard Norman and his mother arguing. Later, Norman, dressed as Norma, crept into the bathroom and stabbed Marion through the shower curtain.

While ‘Bates Motel’ showrunners Cuse and Ehrin have said that the show won’t follow the same arc as the movie, it would be fabulous if the iconic shower scene was recreated. No word yet on who will portray Marion Crane.

A&E announced the addition of Marion’s character and that she would appear in multiple episodes of Season 5. Will Marion’s murder be the incident that puts Norman away for good? Will he end up in prison, a mental hospital as in the film, or will Alex Romero [Nestor Carbonell] put his stepson down?

What do you think fans of ‘Bates Motel’? Were you enthralled by the Season 4 finale and can’t wait for what happens next in Season 5? Share your comments below and come back to Soap Opera Spy for more ‘Bates Motel’ Season 5 spoilers as news breaks.

‘Empire’ News: 8 Celebrities Who Have Appeared as Themselves on Empire