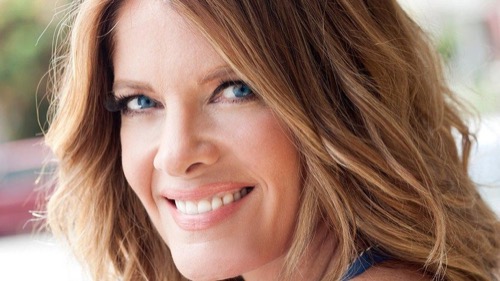 “General Hospital” star, Michelle Stafford (Nina West) talked with Soap Opera Digest to clear up a rumor about her relationship with co-star, Roger Howarth (Franco Baldwin).  Stafford admitted she made an innocent remark about Roger and wanted to clarify it because ever since the “GH” fans have misinterpreted her statement.

Michelle said that she and Roger work well together, but they rarely speak outside of the walls of the ABC studio. She confessed that she knows very little about his life, and they don’t share intimate details about their personal lives outside of work. Stafford said that people have misinterpreted that to mean they don’t get along well—which couldn’t be farther from the truth.

According to a Question and Answers session with Soap Opera Digest, Stafford revealed that she and Roger have a wonderful “working relationship.” She believes that the professional relationship they have helps them perform well as Nina and Franco on screen.

Michelle noted that Howarth is a very private person and rarely gives his “General Hospital” colleagues a glimpse of his personal life. Once in character, Michelle explained that he is animated and he “becomes’ Franco.” She assures the fans that she and Roger get along well, and there is no trouble between them, no matter what the soap opera rumors have recently speculated.

Stafford explained that when a soap couple experiences trouble on air, she goes through a “grieving time” in her real life. She recalls when Phyllis and Nick (Joshua Morrow) ended their relationship five years ago on the “Young and the Restless,” she admitted she felt sad by the breakup, and the loss of her on-screen husband.

The recent break up with Franco on “General Hospital” is no different, and she has been morning Nina’s loss of her hopes for Nico (Franco + Nina). Stafford is hopeful that soon Franco and Nina may settle their differences and get back together.

Do you think that Nina and Franco will get back together anytime soon? Don’t forget to check back later for more “General Hospital” news, spoilers and updates.