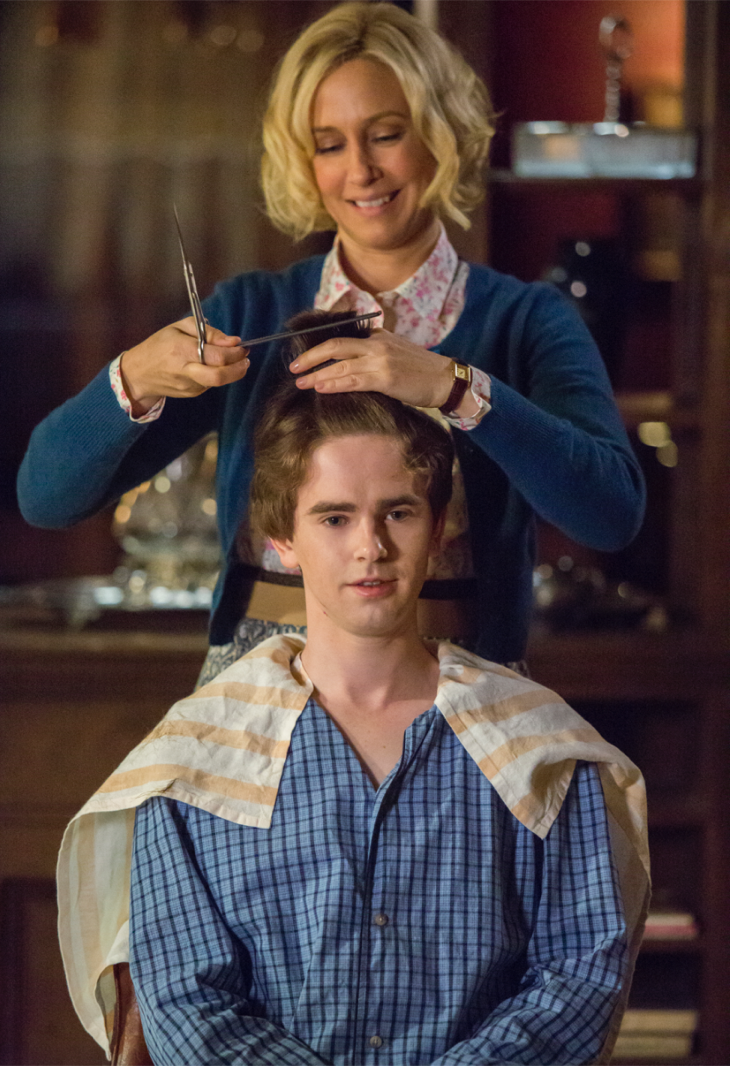 Kerry Ehrin is the passion and talent behind the critically acclaimed drama, “Bates Motel.” And, oh yeah, she is also the executive producer of the show. She has a deep connection to the character and scripts and has put together a show that most people agree is one of the best shows on television. Kerry sat down with Award’s Daily and revealed that Season 5 will blow the fans mind, and will tie into the movie, Psycho.

Ehrin felt it was important to show that in some way Norman Bates (Freddie Highmore) is just a normal teenager struggling to find his place in the world. She felt it was vital to stick to Alfred Hitchcock’s Psycho, but it has proved to be a hard thing to do considering the series is bringing 50 hours out of a 90-minute film. Even so, many fans believe the production crew has done an amazing job bring the character and life of Norman Bates to life.

Kerry explained that from the beginning they knew Norma Bates (Vera Farmiga) had to die as part of the storyline. She added they wanted to make her death sad, and something that not only Norman struggled with, but Sheriff Romero (Nester Carbonell) too.

“I think the way we did it was a really specific choice to not be a violent death, which I think a lot of people were expecting, but to have it come out of this warped version of him trying to take care of her and to be able to stay together with her forever and try to shut the world out to stop it from hurting them. That made it more bearable, I think, to us,” Kerry Ehrin explained.

Ehrin added that there’s no way to write Norman as someone who could stab or shoot his mother in a fit of rage. The fact is Norman loves his mother and would never want to wish her any harm. It’s true he is insane, but underneath the craziness is love for his mother.

Kerry previewed Season 5, and said it’s going to be a “balls out, off the chain season.” She added, “We plan on going out with a bang, and will leave you guessing all the way until the end.”

She ended the interview with a teaser that she is developing a new show, and plans to bring Freddie, Vera, Nester, and Max Theriot (Dylan) on the new show.

Stick with Soap Opera Spy for all your Bates Motel spoilers, news, and updates.