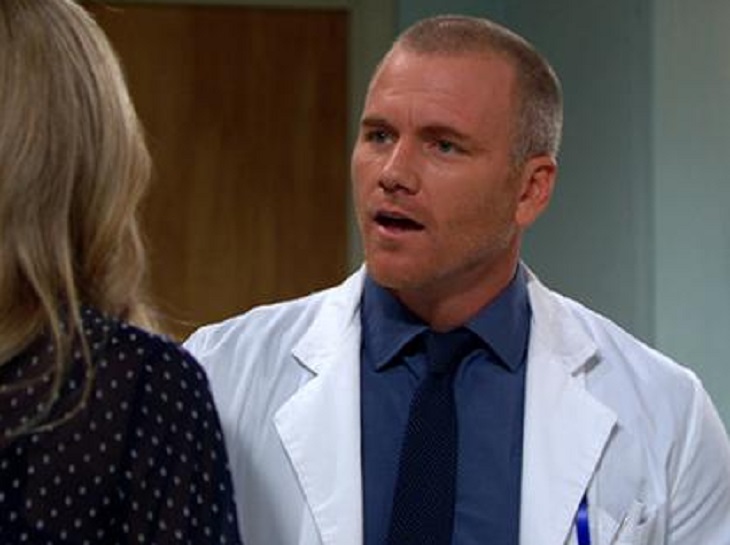 “Young and the Restless” star, Sean Carrigan could be on his way out the door. For a while now, rumors have swirled that the talented actor could be leaving once his contract expires in November. With weeks left on his contract, is it possible that Stitch could be leaving Genoa City?

In the past few months, many fans have speculated that Sean Carrigan was on his way out as DR. Ben ‘Stitch’ Rayburn. He is given very little screen time as it is without factoring in his break up with Abby Newman (Melissa Ordway). It doesn’t take a rocket scientist to figure out that he could be leaving the show in a few months.

Soaps in Depth revealed in the October 19 edition that there are rumors of his exit. They were working on getting the scoop, and they’d report to the fans the minute, they know his contract status. Originally, Stitch was supposed to only appear on four episodes as Dylan’s (Steve Burton) army buddy. Fans immediately took a liking to him, leading to a one-year contract.  It seems strange that no one can confirm or deny his departure. Usually, CBS would want to clear up any confusion about his alleged departure.

The rumor started a few months ago when it came out that in November sweeps, there would be an explosion at the Newman ball. Apparently, according to the popular Internet rumor, Stitch will die a hero and save a few key major characters. Will he die saving the Newman’s?

Do you want to see Stich stay in Genoa City? Do you think his character has run its course and there’s no other growth his character can experience?

‘Days of Our Lives’ Spoilers: A Clue Surfaces That Forces Ben to Take Action – Will Murdered Because He Knows Too Much