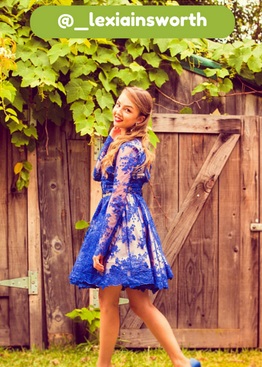 “General Hospital” spoilers tease that Lexi Ainsworth won’t be exiting the soap opera any time soon.  ABC executive. Frank Valentini shared a short video about Lexi Ainsworth and her stay in Port Charles. She portrays Sonny Corthinos (Maurice Benard) and Alexis Davis’ (Nancy Lee Grahn) daughter conceived as a result of a one-night stand. She’s displayed often snotty and spoiled behavior, lashing out at her parents as a regular occurrence. As a result, the fans have not embraced her character as well as other young characters like Michael (Chad Duell) or Kiki (Hayley Erin). Fans, how do you feel about her stick around in Port Charles?

Originally, Lexi was asked to only film a few episodes to attend Sonny and Carly’s (Laura Wright) wedding and show her support for his family during his recovery. She was supposed to come in when her father was shot, appear, and go back to her life outside of Port Charles. It looks like she may have gotten an extension on her current contract. The video shared from Frank Valentini account stated that she would be hanging around for a little while longer, and she hoped it was okay with all the “General Hospital” fans.

With Kristina sticking around Port Charles, it leaves the question as to why she’d want to stay. Could it be related to her father’s health? Sonny is not doing so well, with his recent seizure; the best-case scenario is for him to wake up and not suffer any brain damage.  She was close to her sister, Sam (Kelly Monaco) most of the time, and she could want to stick around while the Jason reveal unravels. Regardless of what her storyline entails, “GH” fans are stoked that she is sticking around for more Port Charles’s drama over the next few weeks. ABC hasn’t released an official word on the length of her contract extension.

Are you excited Kristina Corthinos Davis is sticking around for a little while?

Kristina from Frank Valentini on Vimeo.

‘The Young And The Restless’ (Y&R) News: Daniel Goddard Back To Work After Injury, Cane Ashby Returns!