‘Days of Our Lives’ Spoilers: A Clue Surfaces That Forces Ben to Take Action – Will Murdered Because He Knows Too Much 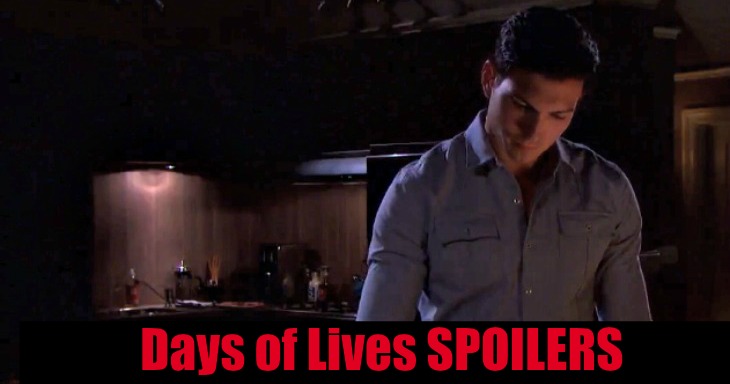 “Days of Our Lives” spoilers tease that Salem’s serial killer will soon strike again. This time it looks like Will (Guy Wilson) will be the one with a tie around his neck. Ben (Robert Scott Wilson) recently asked Will to be his best man, but he won’t get the chance to fulfill his duties. DOOL spoilers say Will is about to find a clue that will put him on the path to the truth. We don’t know for sure what Will’s going to uncover, but it appears he might figure out that Ben is responsible for Serena (Melissa Archer) and Paige’s (True O’Brien) deaths. Of course, Ben won’t let Will live to tell anyone.

Will’s murder will certainly raise the stakes. Ben’s previous murders were committed to frame Chad (Billy Flynn), but this killing is simply to cover his tracks. “Days” viewers know that Ben has been having flashbacks of his victims fighting for their lives. Ben feels guilty on some level, but he probably wouldn’t do anything differently if he could go back. It seems Ben is convinced that Abigail (Kate Mansi) will be all his if he can just get Chad thrown in prison.

Unfortunately, Ben’s plan will take a wrong turn. “Days of Our Lives” spoilers hint that the police will eventually realize that Chad isn’t to blame and they’ll start looking at other possibilities. Ben will likely have to find another way to secure his future with Abigail. If the cops find evidence pointing to Ben, he could lose everything.

It sounds like Ben will become a very desperate man. DOOL rumors suggest that Ben may kidnap Abigail somewhere down the road. If that happens, it’ll be because Ben is completely out of options. Ultimately, Ben is on the brink of a breakdown and the situation is growing dire. Stick with “Days of Our Lives” for updates on the danger that lies ahead.

So “Days” fans, what do you think about the news that the killer’s spree will continue? Is Will about to learn that Ben is the murderer? Will Ben have to take out even more Salemites to hide his secret? Let us know what you think in the comments below and don’t forget to check Soap Opera Spy often for the latest “Days of Our Lives” spoilers, rumors, updates and news.

Get Exclusive Days of our lives News & Updates!

‘The Bold and the Beautiful’ Spoilers: Eric Caught in Middle of Steffy and Ivy’s Drama – Steffy’s Proposal Leads to Surprising Job for Ivy