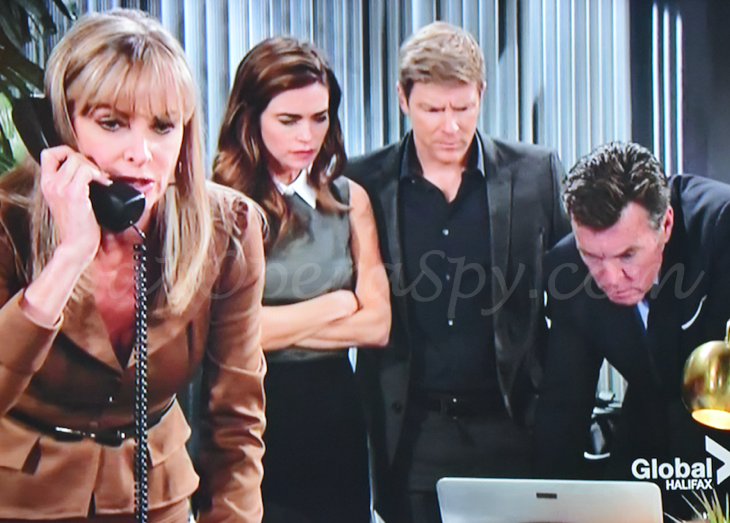 “The Young and the Restless” spoilers for Wednesday, November 18, tease that Adam (Justin Hartley) will run into some trouble when Ian’s (Ray Wise) body is nowhere to be found. Dylan’s (Steve Burton) efforts to find out more about Dr. Neville (Michael E. Knight) will lead to quite a scare. Later, Emma (Alice Greczyn) could start to realize that Neil (Kristoff St. John) is hiding his involvement in the mystery surrounding Hilary (Mishael Morgan). 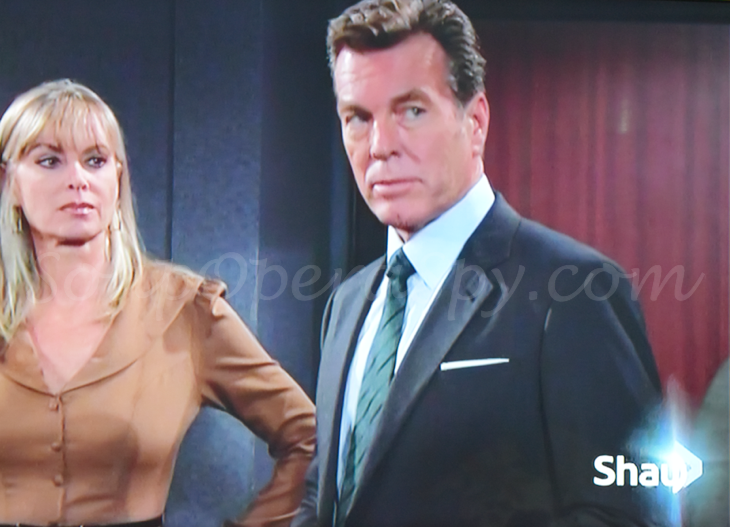 At Jabot, Victor (Eric Braeden) wants to speak with Jack (Peter Bergman). Victoria (Amelia Heinle) indicates that she’s still suspicious of what Billy (Burgess Jenkins) might be up to. Ashley (Eileen Davidson) rushes in and announces that the Paragon Project is back. They talk about the possibility of Ian being alive. Paul (Doug Davidson) arrives and hints that it may be true. Ian and Patty’s (Stacy Haiduk) bodies are missing. Billy suggests that Adam just made up the story about Ian being there.

Related: Hilary Has A Setback – Topher Visits Adam – Paragon Back and Worst 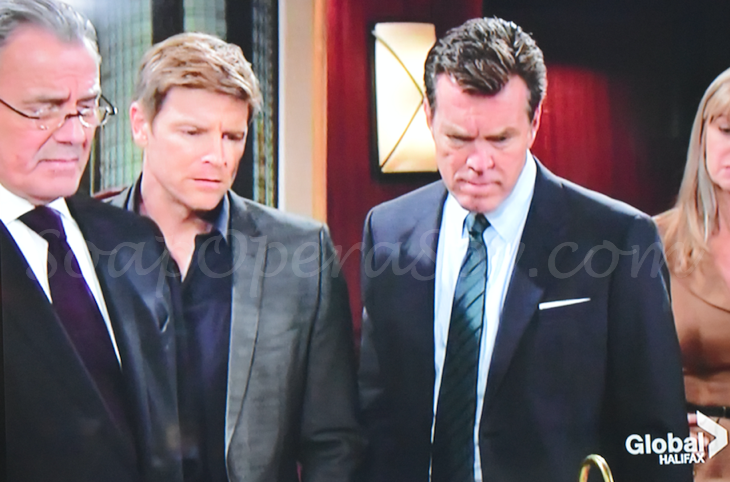 Ashley starts asking Billy questions about why he’s helping Victor. Something is obviously up. Ashley wonders if Billy has found a way to use Paragon to his advantage. Billy denies everything and makes his exit. Victoria and Ashley discuss their suspicions about Billy’s current act. Once he’s alone, Billy calls Phyllis (Gina Tognoni) to tell her there’s a problem with the plan. 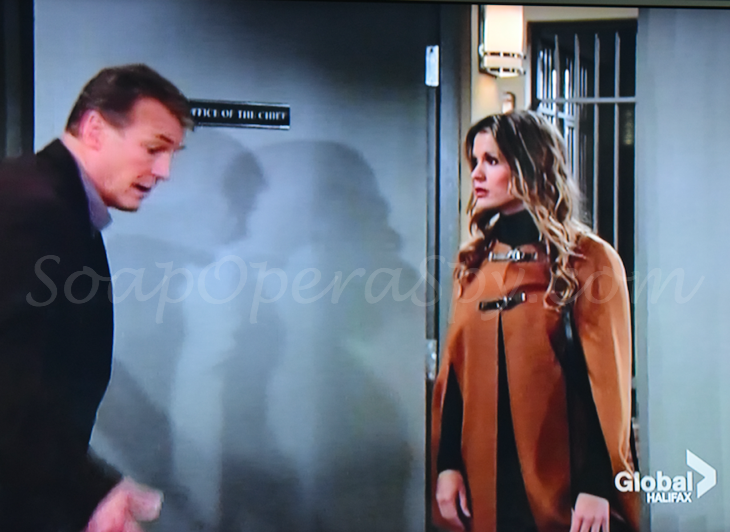 At the police station, Chelsea (Melissa Claire Egan) hears the news about Ian and wants updates on Adam’s appeal. Christine (Laralee Bell) lets Chelsea know that she needs to say goodbye to Adam. Chris doesn’t think Victor can’t do anything to stop Adam from going to prison. 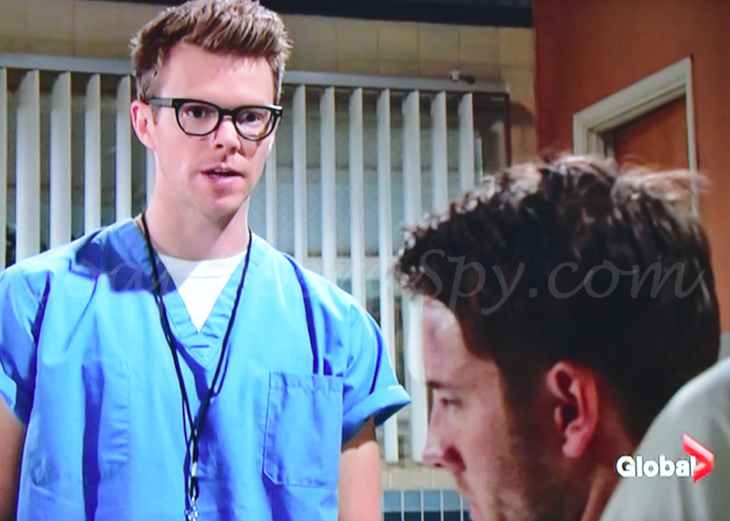 Other “Young and the Restless” spoilers reveal that Adam is about to get a big surprise. At the hospital, Adam is visited by the hacker who worked with Ian. Topher (Brian Dare) says that the Paragon Project remains active. Chelsea shows up and Topher departs. Chelsea tells Adam that Ian could be alive and she’s worried about what this might mean. People could say Adam lied or that he helped Ian escape. Victor appears and suggests that Adam is still conspiring with Ian. 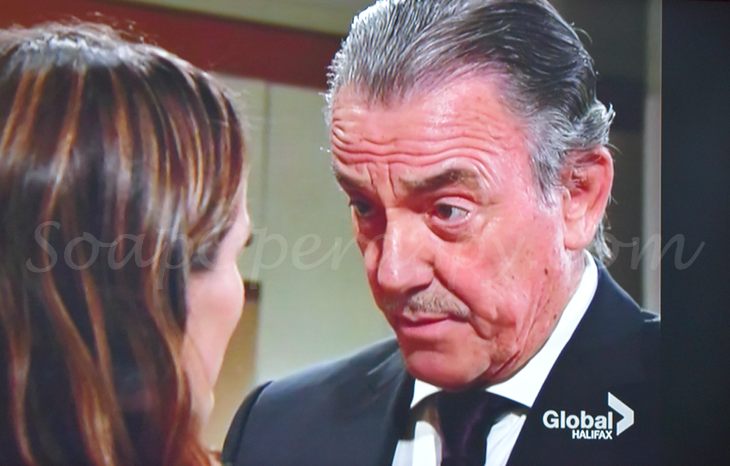 Victor thinks Adam could’ve been playing him just to stay out of prison. Adam defends his innocence and swears that he thought Ian died in the fire. Christine pops in and announces that Adam’s sentence starts right now. Chelsea gets upset as Adam is handcuffed and shuffled off, but Victor says he can’t be trusted. Victor insists that he’s going to take care of this mess with Ian. 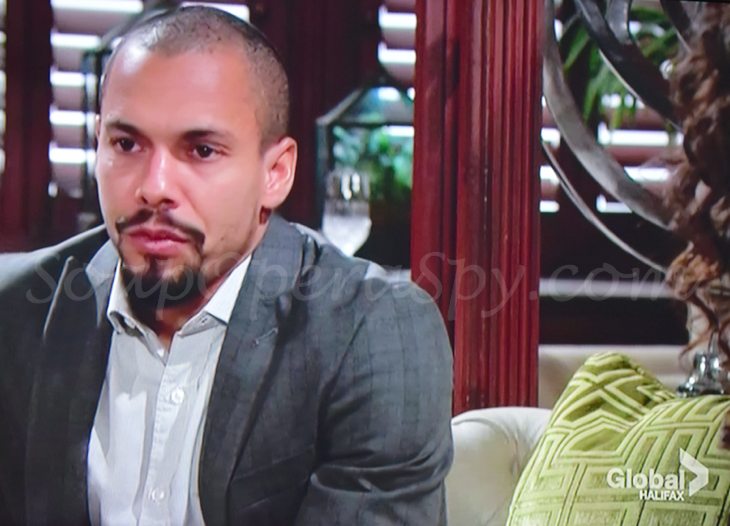 Meanwhile, Gwen (Nadine Nicole) pumps Emma for info on Dr. Neville. Emma asks why Gwen is so determined to find this doc. At the athletic club, Devon (Bryton James) talks about Hilary with Lily (Christel Khalil). Devon thinks Hilary doesn’t really care about Neil the way she thinks she does. Lily brings up Cane (Daniel Goddard), who’s living at the club and still has charges against him. In Hilary’s suite, Dylan explains who Dr. Neville is and tries to see if she remembers. When Dylan shows Hilary a picture of Dr. Neville, she faints. 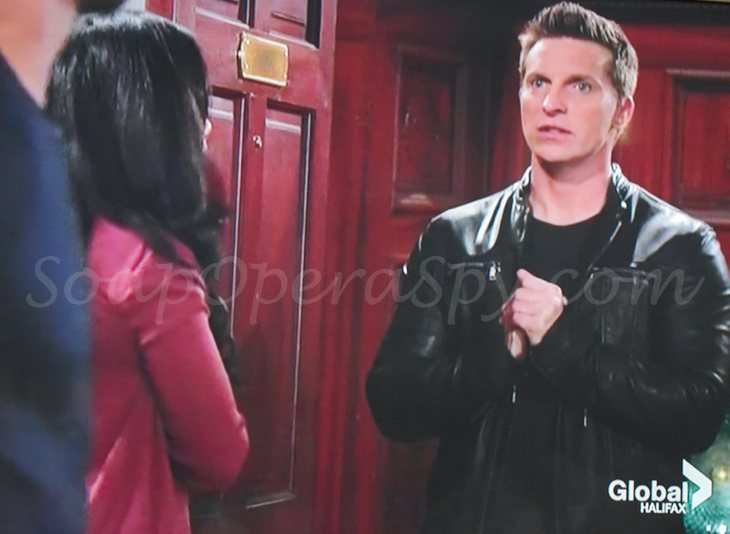 Neil comes over to Devon and suggests that it’s not a good idea for Dylan to question Hilary. Suddenly, they receive word of an emergency upstairs. They rush in and find Hilary unconscious. Dylan explains what happened and Neil lashes out at him for pushing Hilary too hard. Hilary is taken to the hospital to get checked out. At Devon’s urging, the doctor says he’ll run another toxicology report. Neil apologizes to Dylan and plays dumb about Dr. Neville. Dylan promises to find the truth. Paul speaks with Dylan about the fact that Ian’s body wasn’t found. Dylan wonders if Adam lied about seeing Ian that night.

Related: Daytime Soap News: 15 Famous People Who Love Soaps As Much As We Do – Snoop Dogg, Julia Roberts, Princess Diana And More!

In the hallway, Gwen learns about Hilary’s episode from Lily. Neil finds Gwen and tells her she should’ve made Dr. Neville share what was in those pills. Gwen is appalled that Neil is trying to hold her responsible. Later, Neil asks Emma about Hilary’s test results. Emma responds by asking Neil if he hired Dr. Neville. Is Emma starting to catch on? Y&R rumors hint that things will get worse for Neil before they get better. Stick with the CBS soap to see if Neil how long Neil can keep this situation under control.