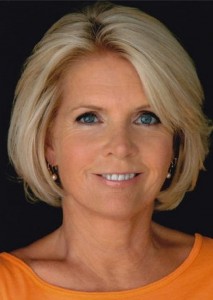 Emmy award nominee and “The Young and the Restless” alum, Meredith Baxter sat down with The Gay Guide Network to talk about her role on “Y&R,” if she’d return to the show, and how blessed she felt to be surrounded by intense talent on the set of “Y&R.”  Meredith proves to be charming, candid, and completely hilarious in this rare interview with the star.

Meredith has been a part of daytime and primetime shows for decades. She won America’s heart as Elyse Keaton on “Family Ties.” Meredith returned to the canvas as Maureen on “The Young and the Restless.”

Meredith admitted being nervous about taking the job in daytime. She explained that daytime TV is extremely difficult and moves quickly. Often times, they expect you to do each take in one shot, allowing very little room for error. “I went in I did what was needed and the scenes came out amazing. Melody Thomas Scott is the real deal–amazing, ” Meredith noted.

Meredith admitted now that the job is over she misses her daytime job. Meredith joked that she begged TPTB to keep Maureen on a little longer. “I shamelessly begged for more time,” Meredith said while laughing.

Meredith noted she has a deep level of respect for actors like Sharon Case and Eric Braden who have been on the show for over 20 years. They come to work, know their lines, and still make time after their day to connect with fans via social media.

Soap Opera Spy fans, would you like to see Maureen back on the show? It would be interesting to see her come back to connect with Nikki [Melody Thomas Scott] and repair her relationship with her son, Stitch [Sean Carrigan].