‘The Young And The Restless’ News: Jason Thompson’s First Air Date Nears – Will He Make The Perfect Billy Abbott? 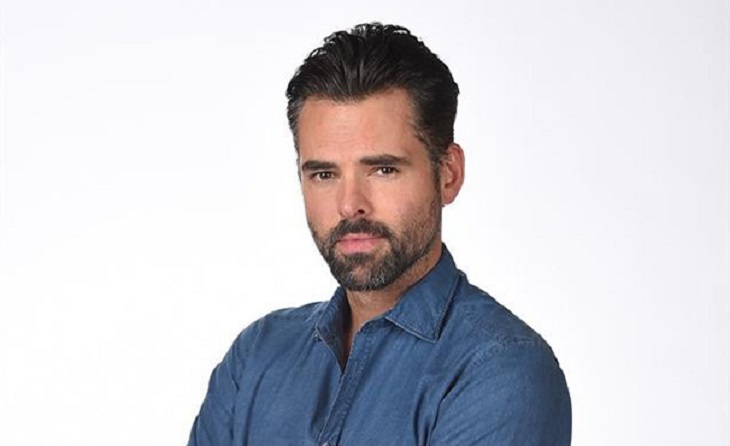 “The Young and the Restless” fans are anxiously awaiting the arrival of the ‘new’ Billy Abbott set to air on January 13. Jason Thompson wowed his “General Hospital” fans with his consistent spectacular performances that spanned over a decade [and earned him an Emmy award nomination]. “Y&R” is banking on the idea that Thompson will be the perfect Billy, and be able to bring the character to life. Let’s be honest; Billy Abbott has not been the same since Billy Miller left the role in 2013. Is it possible that Jason Thompson could be the PERFECT Billy Abbott?

The second Burgess Jenkins revealed that he would be leaving “Y&R,” the rumors kicked into overdrive about who could replace him. It had been speculated for some time that Jason Thompson was considering not renewing his contract with “General Hospital.”  It didn’t take the fans to piece it together that he was the top pick for the role. The day Jason Thompson went to Instagram to reveal that he was walking away from Dr. Patrick Drake, his supporters were sure he had something bigger in the works.

What could be bigger than Dr. Patrick Drake on “General Hospital”? Billy Abbott is an iconic character on “The Young and the Restless.” He is the Late John Abbott [Jerry Douglas] and Jill Atkinson’s [Jess Walton] son. He has a long history of alcohol abuse and gambling addiction. Billy Abbott is a complex character–it is easy to see why Jason Thompson was lured over to portray him, considering the lack of character development in Patrick on “GH.“

Jason Thompson explained that he felt appreciative for his experience and time at “General Hospital.”  He noted that he would forever be grateful for his fans and supporters, and hopes they will follow his career moving to “Y&R.”

Jason Thompson final air date is the first week of January, and will debut on “The Young and the Restless” on Wednesday, January 13. Burgess Jenkins last airdate is believed to be Friday, January 8.

Soap Opera Spy fans, are you looking forward to Jason Thompson debut on “The Young and the Restless”?  Do you think he can pull off Billy Abbott?