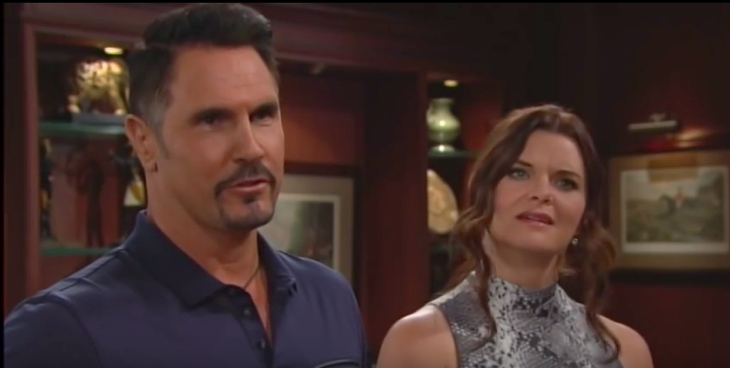 “The Bold and the Beautiful” spoilers reveal that Bill (Don Diamont) and Katie (Heather Tom) will try to figure out if Wyatt’s (Darin Brooks) idea is really the direction they should go in. They’ll decide they should hear Steffy’s (Jacqueline MacInnes Wood) side of the story before they do anything else. Unfortunately, Steffy will declare that it’s a private matter and Bill needs to butt out.

Bill isn’t the type of guy who gets his feelings hurt, but he also isn’t the kind of guy who lets people push him around. Steffy’s attitude could easily lead Bill to support Wyatt’s latest endeavor. Wyatt undoubtedly feels like he’s on the right track with his plan. If Spencer Publications expands to include a design house, Forrester Creations could have some serious competition. Wyatt hopes to completely shift the balance of power and prove he’s a true Spencer. Bill will have a new favorite son if Wyatt has anything to say about it. Liam (Scott Clifton) may not be the golden boy for much longer.

Related: ‘The Bold and the Beautiful’ Spoilers: Watch The B&B Video Preview For Thursday September 17 – SEE IT HERE!

Right now, Wyatt is attacking this project with everything he’s got. However, it looks like Wyatt could begin to have second thoughts. “The Bold and the Beautiful” spoilers tease that Quinn (Rena Sofer) will wonder if Wyatt might be changing his mind. It’s not clear what’s going on inside Wyatt’s head, but there’s a good chance that this plot will soon fizzle.

If Wyatt starts to ditch his scheme, it could open up the door for someone else to make a power play. B&B rumors have been hinting that Rick (Jacob Young) and Maya (Karla Mosley) would stir up more trouble before long. Perhaps those two are about to get back to their old tricks. They may have calmed down over the last couple of months, but that doesn’t mean they’re happy with the way things are at the company. Rick just isn’t satisfied unless he has control. Will we see Rick 2.0 try to take charge? Stick with “The Bold and the Beautiful” for updates on Rick and Maya’s possible ride back to the top.

So B&B fans, what do you think about the news that Steffy’s attitude could lead Bill to help Wyatt? Will Wyatt change his mind about his grand plan? Will Rick and Maya try to reclaim their throne? Let us know what you think in the comments below and don’t forget to check Soap Opera Spy often for the latest “Bold and the Beautiful” spoilers, rumors, updates and news.

‘Days of Our Lives’ Spoilers: Marlena Hypnotizes Chad, Killer Targets Her as Next Victim – Ben Furious When He Finds Chad and Abigail Together