‘Days of Our Lives’ Spoilers: Marlena Hypnotizes Chad, Killer Targets Her as Next Victim – Ben Furious When He Finds Chad and Abigail Together 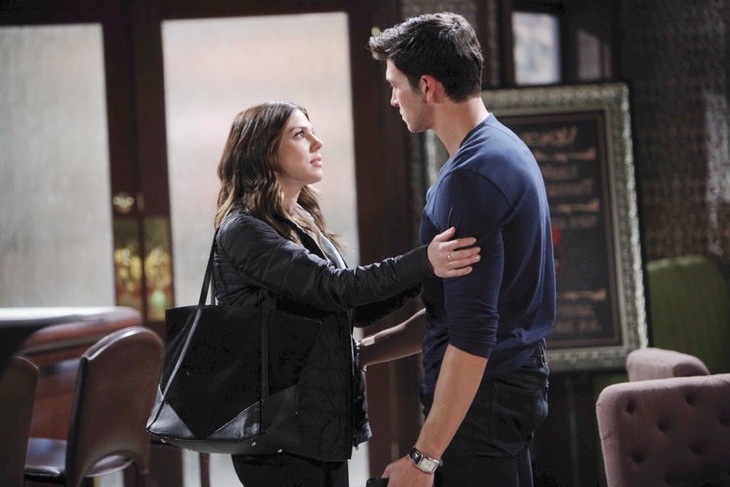 “Days of Our Lives” spoilers tease that Abigail (Kate Mansi) will talk Chad (Billy Flynn) into getting help from Marlena (Deidre Hall). Abigail is convinced that Chad might be able to remember more about the murders if he allows Marlena to hypnotize him. Chad was hesitant when Abigail brought up the idea, but he’ll start to come around. After all, Chad really doesn’t have much to lose. If there’s a chance that Chad could clear his name, he should at least give hypnosis a try.

We don’t know for sure if Chad will recall anything important, but DOOL rumors say he just might. Regardless of what Chad remembers, the killer won’t be pleased that Chad got Marlena involved. “Days of Our Lives” spoilers reveal that the murderer will try to make Marlena his next victim. Fortunately, it seems Marlena will escape his or her evil clutches. Perhaps the killer will be forced to make a change of plans when someone interrupts the murder in progress. It’s possible that another character could become a victim after saving Marlena’s life.

Whatever the case, it sounds like Abigail’s mission to keep Chad out of jail won’t go over well with Ben (Robert Scott Wilson). Other “Days” spoilers indicate that Ben will catch Chad and Abigail getting a little too close for comfort. Abigail promised to stay away from Chad, but she broke that promise hours later. Ben will realize that Abigail has once again shattered his trust. Of course, it’s not like Ben has ever had much faith in Abigail. Whether she wants to admit it or not, it’s easy to see that Abigail still has feelings for Chad.

Ben will fly into a rage after he sees Chad and Abigail together. It’s clear that Ben can’t go on like this much longer. At some point, Ben is going to blow. Based on DOOL’s 50th anniversary promo, it appears Ben will soon unleash his wrath and beat Chad to a pulp. Word has it that Ben will grow increasingly violent over the next few weeks. Stick with “Days of Our Lives” to see if Ben will come completely unhinged.

Related: ‘Days of Our Lives’ (DOOL) Spoilers: Gabi Gets Out of Prison, Will and Ari Thrilled – Rafe and Gabi Stunned by Eduardo’s Arrival

So “Days” fans, what do you think about the news that Marlena will try to help Chad get his memory back? Will the killer try to strangle Marlena because of what she discovers? What will happen when Ben gets updates on Abigail’s broken promise? Will Ben’s downward spiral continue? Let us know what you think in the comments below and don’t forget to check Soap Opera Spy often for the latest “Days of Our Lives” spoilers, rumors, updates and news.