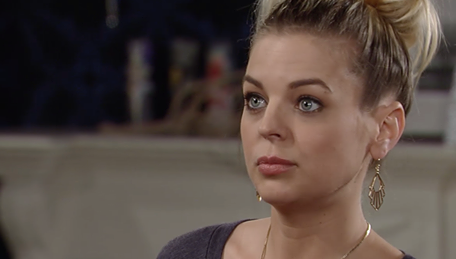 Kirsten Storms has joined the Winterthorne cast. The former Belle on Days of our Lives will play Selene Winterthorne.

Selene is the younger sister to Miranda, who is being played by Martha Madison. Madison also played Belle on DOOL, so the combo should be interesting. Martha even dished on how much she is looking forward to working with Storms, stating, “I adore Kirsten both personally and professionally. And I’ve always wanted the chance to work on a project together with her. I have so much respect for her as an actress. I can hardly wait for her to join us on Winterthorne!”

As for the inside scoop on Storms’ role as Selene, series creator Michael Caruso describes her as, “Stylish, sexy, wicked and witty, she’s been away from her family for a long time and now she’s back to take what she feels is hers. It’s going to be so much fun watching Kirsten and Martha on screen together, a devilish treat for the audience.”

What do you fellow Soap Opera Spies think? Are you going to tune in for the web series? With the current casting, it sounds like they will knock it out of the park!

‘Days of Our Lives’ Spoilers: Someone Learns About Eve and JJ’s Affair – Another Familiar Face Panics Paul’s Mom

‘Days Of Our Lives’ News: ‘DOOL’ Alum Kyle Lowder to Star in…

‘The Young and the Restless’ Trivia: How Well Do You Know YR’s Adam…