‘Days of Our Lives’ Spoilers: Someone Learns About Eve and JJ’s Affair – Another Familiar Face Panics Paul’s Mom 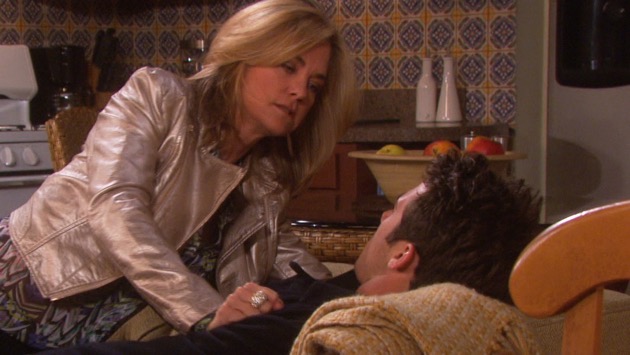 “Days of Our Lives” spoilers hint that a big secret is about to come out in Salem and it could make some serious waves. So far Eve (Kassie DePaiva) and JJ (Casey Moss) have been able to keep their hookups under wraps, but that’s all going to change in the near future. “Days of Our Lives” spoilers indicate that someone will find out what they’ve been up to and it’s sure to shake things up on the popular NBC soap. It’s tough to say who will be the first to know, but there’s no shortage of possibilities. Daniel (Shawn Christian) has been awfully curious about JJ’s antics recently. Jennifer (Melissa Reeves) has been concerned about her son’s behavior as well. Even Theresa (Jen Lilley) has come dangerously close to learning the truth. Of course, there’s always the chance that Paige (True O’Brien) could put the pieces together before anyone else. Which Salemite will get the shock of a lifetime? Stay tuned to DOOL to find out.

Other “Days of Our Lives” spoilers tease that Paul’s (Christopher Sean) mom may have a surprising connection to someone in Salem. Tori (Hira Ambrosino) already had a moment of panic when she saw Marlena (Deidre Hall) at Club TBD. Paul could sense that something was up, but Tori quickly shut down his suspicions. She claimed that she’d seen Marlena’s face while doing research on the hospital where Paul would have his surgery. However, “Days” fans know there’s likely more to the story. Now Tori’s about to be stunned by another familiar face and this time it may have her on the next flight back to Japan. Just who will Tori recognize? With rumors swirling that Paul could be John’s (Drake Hogestyn) son, DOOL viewers are anxious to see if he might be the one to put Tori on edge. Keep watching “Days of Our Lives” to see who will shake things up for the Naritas.

So “Days” fans, what do you think about the big reveals that are ahead? Who will find out about Eve and JJ’s affair? What slip-up will lead to the revelation? What about the familiar face from Tori’s past? Will she recognize John or could she have ties to someone else that’s significant? Let us know what do you think in the comments below and don’t forget to check Soap Opera Spy often for the latest “Days of Our Lives” spoilers and news.