‘General Hospital’ News: What Is Lisa LoCicero Hiding and Could Her Secret Talent be Revealed at the 2016 Nurse’s Ball? 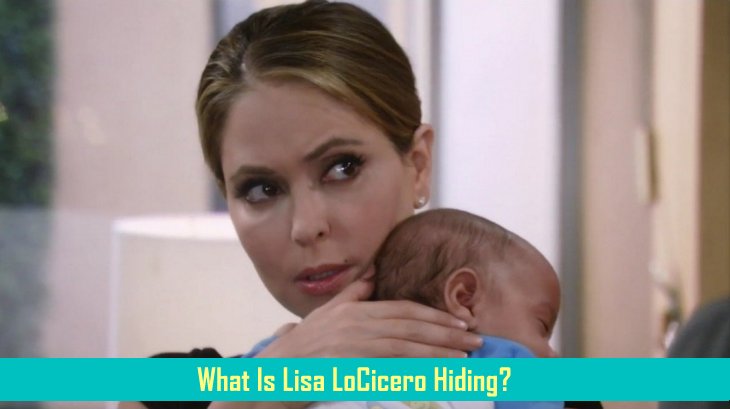 A recent ‘General Hospital’ news story shows that Lisa LoCicero isn’t tapping all of her talents playing former mob moll Olivia Falconeri – and she’s harboring a secret talent. Did you know LoCicero is a musical genius with a knack for tickling the ivories? Before the acting bug bit Lisa, music was her passion and not only can she play the piano but she also plays the violin and the harp – but she’s best on keyboards.

LoCicero said recently, “I grew up in a very pro-art household so my start was in music and dance.” And although acting has been her focus for the past many years, LoCicero is returning to her musical roots and has picked back up her instruments. And wouldn’t it be amazing if Lisa’s secret talents were part of the annual ‘General Hospital’ Nurse’s Ball extravaganza?

How fun would it be for Olivia Falconeri to play a hip jazz number or a classical concerto? Okay, that sounds a bit dull – maybe something more exciting like a cover of Gaga’s Bad Romance? Olivia knows a little on that subject, after all. LiCicero told ABS Soaps in Depth, “If I had to learn a tune and they gave me ample time, I could learn it and play it for the Nurse’s Ball if I had to.”

But then she added, “But believe me, you don’t want to hear me play the violin.” Looks like music is an inherited talent – LoCicero’s grandma was a concert pianist and she credits her granny with her early interest in piano. According to LoCicero, her piano talents were at their best when she graduated high school but once she moved to New York to pursue acting, her music fell by the wayside.

If ‘General Hospital’ showrunners do give Olivia a musical number for the Nurse’s Ball, we would love that. And it would definitely be better than last year’s performance by Olivia at the ball – remember when she was caught lying to Julian Jerome [William deVry] about their baby and then went into labor? That was a showstopper for sure but this year maybe we’ll see something more fun and less dramatic.

And if they don’t use Lisa’s piano skills at the ball, maybe she can play a lullaby for baby Leo on the grand piano at the Metro Court. That would be sweet and would capture her talent in a natural way. GH allowed Sam Morgan [Kelly Monaco] to show off her toe-tapping after her portrayer’s Dancing With the Stars gig, so why not let Olivia show off the ivory tickling skills of her portrayer? Fingers crossed!

Check back with Soap Opera Spy often for more news on Olivia and the whole Port Charles crew with the latest ‘General Hospital’ spoilers, gossip and more!