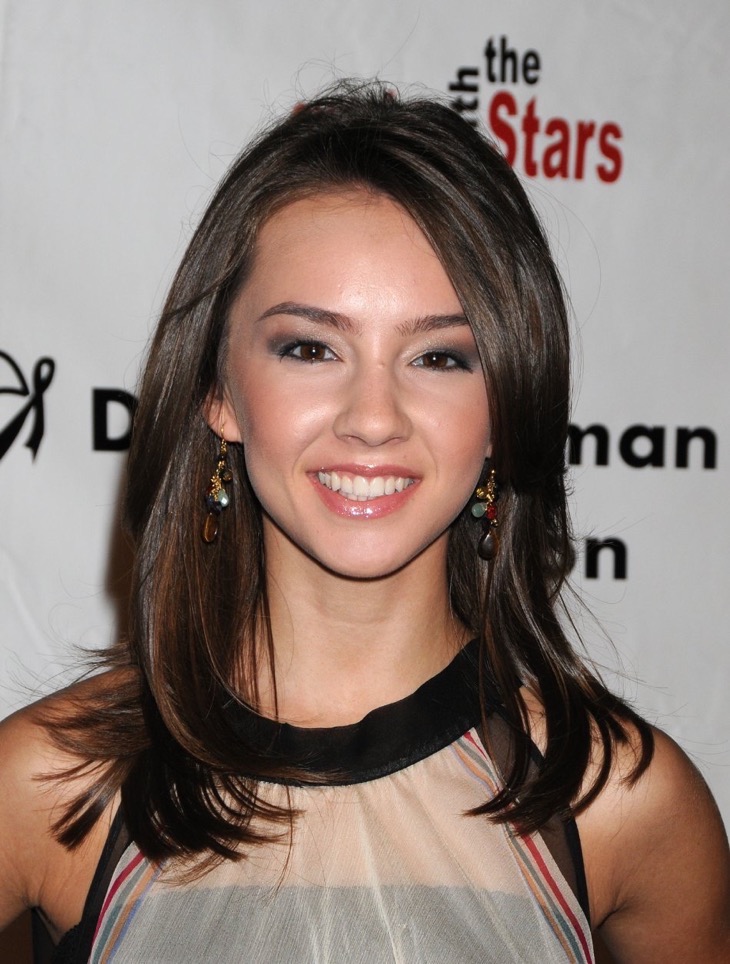 “General Hospital” spoilers and cast news tease that Lexi Ainsworth is headed back to the ABC soap opera as Kristina Davis. Rumors have been floating around for months that Sonny Corinthos and Alexis’ daughter was headed back to Port Charles – and it looks like they have finally come to fruition. According to spoilers from Soap Opera Digest, GH fans can expect to see Ainsworth make her big return to “General Hospital” in late August or early September.

Lexi Ainsworth played the part of Kristina Davis on “General Hospital” from 2009-2011, Kristina was aged and Lindsay Morgan took over the role until 2013 when she was written out of the soap opera all together and headed off to college. When Kristina returns this summer, the role will be reprised by the original portrayer Ainsworth. There is no news yet on how long Kristina will be in Port Charles, whether she is just on break from college – or perhaps she is back for good! With new writers taking over the regime at GH, the possibilities are really endless.

Lexi Ainsworth has been itching to get back to “General Hospital,” she recently raved to Soap Opera Digest in an interview about how much she missed her “family” on the ABC set. Ainsworth dished to SOD, “It really was a big family for me and I can see why people have been on the show for so many years. I got attached to my character as well and she’s always in my heart.”

So “General Hospital” fans, are you as excited as we are to have Kristina Davis back in Port Charles? How do you think she will fit in to the current storylines? Let us know what you think in the comments below!

‘The Young and the Restless’ Interview: Steve Burton Dishes On His YR Character Dylan McAvoy, His Goodbye To Avery, And Sharon’s Pregnancy