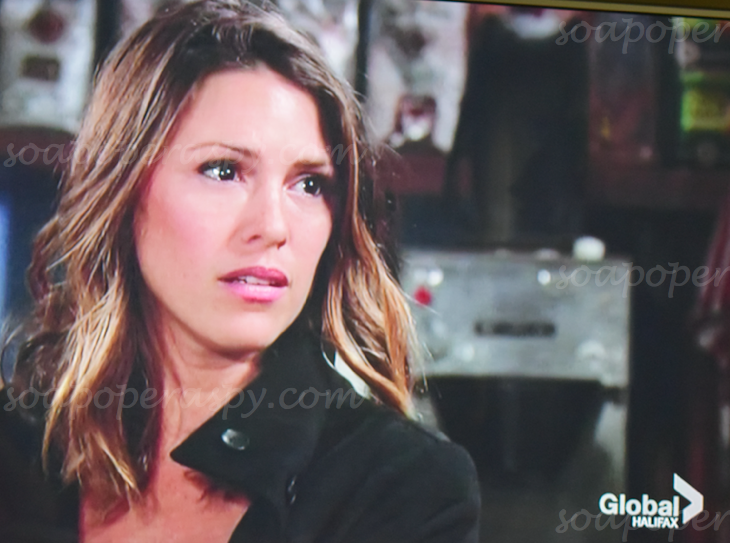 “The Young and the Restless” spoilers for Wednesday, October 28, tease that the Paragon virus will stir up trouble at Jabot. Meanwhile, Kevin (Greg Rikaart) will fear that Chloe (Elizabeth Hendrickson) is coming unhinged. As Cane (Daniel Goddard) and Joe (Scott Elrod) get into a brawl, Hilary (Mishael Morgan) will wake up and slip out of the lake house.

At the hospital, Abby (Melissa Ordway) agrees to marry Stitch (Sean Carrigan) and Ashley (Eileen Davidson) tells them congratulations. Once Stitch is gone, Abby questions Ashley about her true feelings. Ashley wonders if she’s sure about this, but Abby insists that it feels right. Abby and Stitch always find their way back to each other. Ashley says she’s happy for them. 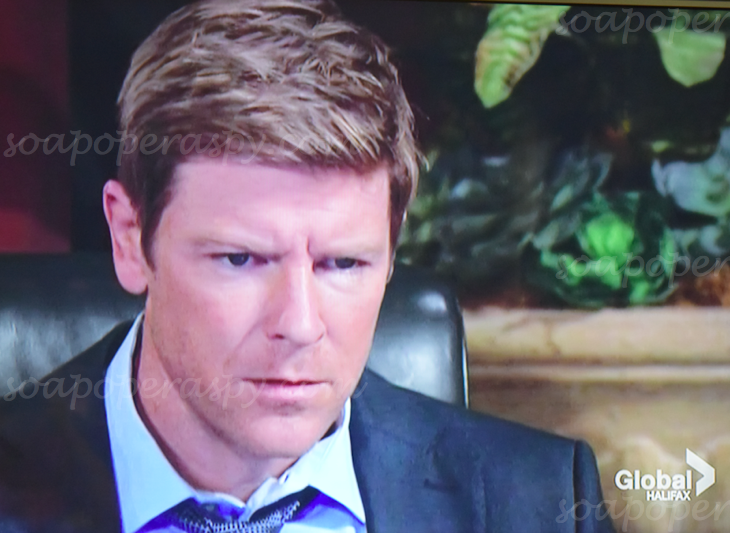 Victoria (Amelia Heinle) arrives at Jabot to find Billy (Burgess Jenkins) returning all of the acquisitions from Newman Enterprises. Billy tells Victoria that he didn’t like the man he was becoming. Ashley walks in and backs him up. They agree it was wrong to make all those purchases while Newman Enterprises was under attack.

Victoria exits and Ashley starts talking about Abby’s engagement news. Billy realizes Ashley doesn’t really approve. Ashley points out that Stitch tends to be fickle. Victoria returns and hints at Ashley’s feelings for Stitch. Ashley declares that the topic is closed. Suddenly, Billy announces that the Paragon virus is attacking Jabot. Now their assets are being sold as well.

Later, Stitch and Abby make love in a suite. They discuss Ashley’s reaction to their engagement. Abby thinks Ashley is trying to protect her. Stitch assures Abby that their love is the real deal.

At The Underground, Mariah (Camryn Grimes) and Paul (Doug Davidson) talk about the threat Chloe poses. Kevin thinks Chloe is just frightened. Paul urges Kevin to help get through to Chloe. Kevin gets a text from Esther (Kate Linder) that says Chloe is at Crimson Lights.

Other “Young and the Restless” spoilers say the conflict between Chelsea (Melissa Claire Egan) and Chloe is about to heat up. Chloe shouts that the hit-and-run was justice. Chelsea suggests that running down Adam (Justin Hartley) was insane. Adam didn’t mean to hit Delia (Sophie Pollono). Chloe says she knows that, but she feels like she’s the one serving the life sentence. Chloe indicates that Chelsea doesn’t care about anyone but Adam. Chelsea has sympathy for Chloe, but insists that she can’t make herself feel better this way.

When Chelsea tries to stop her from leaving, Chloe says she needs to be with her daughter. Kevin walks in and asks what Chloe means. Chloe replies that she’s talking about their daughter, Delia. Kevin tells Chloe that Paul will take her home. As Paul leads Chloe away, Mariah and Kevin share a hug. Kevin worries that Chloe will never get over the tragedy she’s had to deal with. 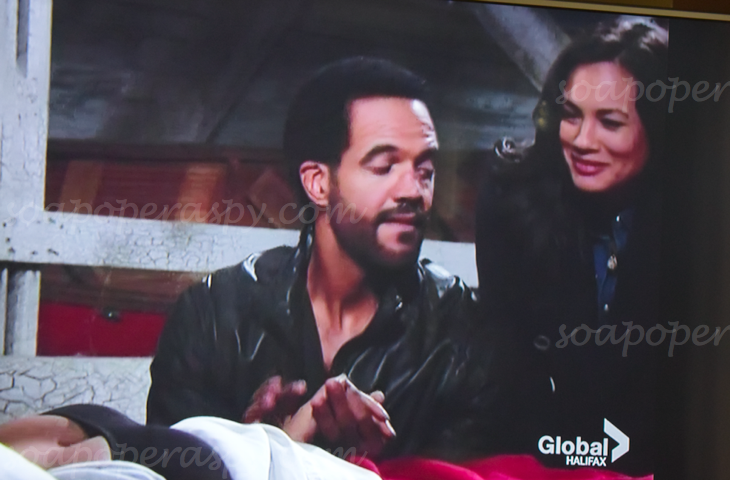 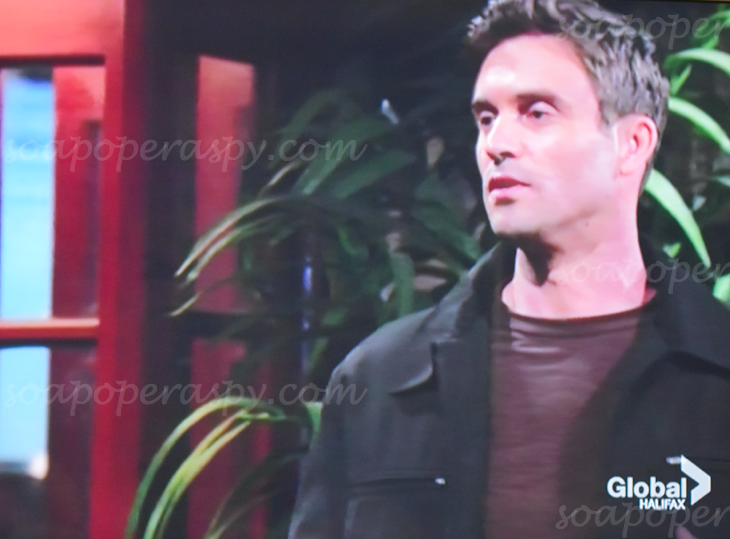 At the athletic club, Lily (Christel Khalil) realizes that Cane is moving out. Cane says he can’t stay at home when Lily doesn’t believe in him. Joe gets involved and things get heated. Lily says she was willing to stand by Cane in spite of the evidence against him. Cane points out that believing in someone and standing by someone are two entirely different things.

When Lily walks off, Joe tells Cane that she’ll come around eventually. Cane isn’t interested in Joe’s advice. Joe implies that Cane doesn’t deserve Lily. Cane throws a hard punch and Joe throws one right back. Afterwards, Joe talks to Lily privately about his role in their marital problems. However, Joe admits he doesn’t regret the night they shared together. 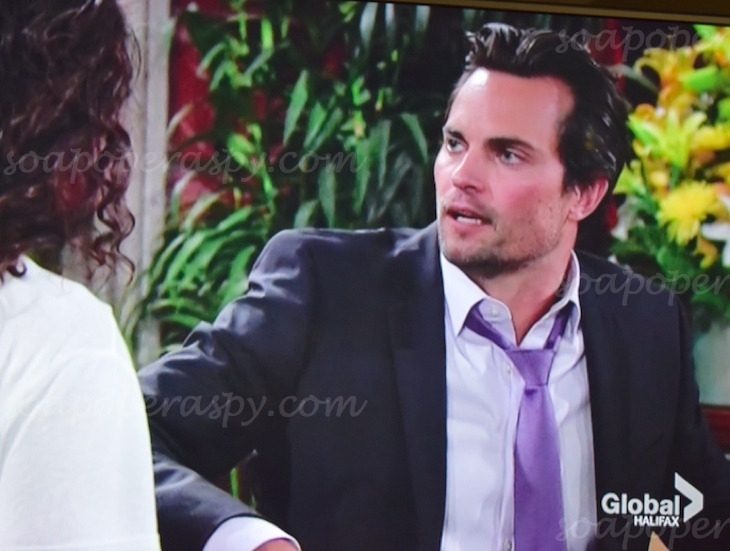 Meanwhile, Neil scolds Cane for fighting. Cane brings up the fact that Lily actually believes he would stash Hilary away somewhere. Cane hints that only a monster would do that. Neil says Hilary will turn up and Lily will forgive Cane. Neil leaves and Cane mutters that he’s not sure he can forgive Lily. In the park, Neil meets up with Gwen and assures her they’re in the homestretch. Y&R rumors suggest that Neil’s scheme is about to blow up. Stick with the CBS soap for updates on the drama that lies ahead.

‘The Bold and the Beautiful’ Spoilers: Watch The B&B Video Preview For Wednesday October 28 – SEE IT HERE!