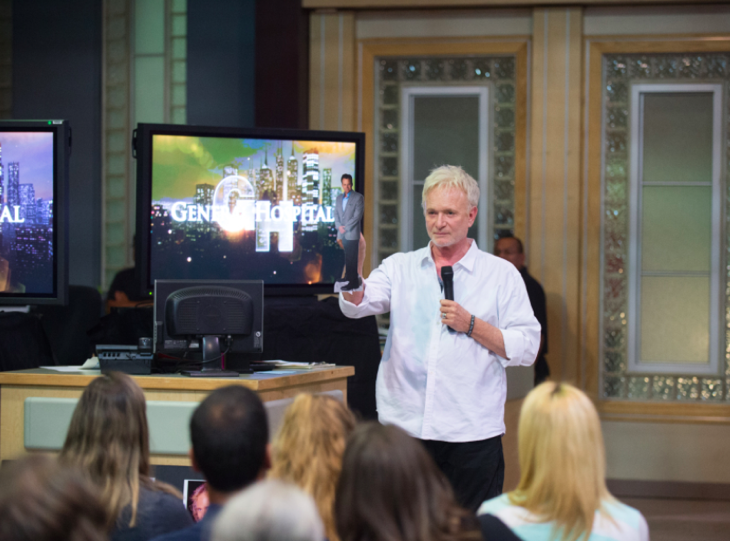 Anthony Geary recently sat down with TV Insider and did an interview about his exit after nearly 40 years on the ABC soap. He threw many people under the bus, but most noticeably writers past and present including head writer Ron Carlivati. Here are the 10 most shocking things from the interview:

#1 Ill-conceived, cheesy and showed a lack of imagination

This is how Geary described Luke and Laura’s torment at the hands of back from the dead Frank Smith. Not only did he think it was unnecessary but Geary rightly called out that Smith would have been past 100 at the time of this most recent shenanigan.

On resurrecting little Jake Spencer from the dead, Geary said it was unnecessary since the audience saw Jake dead on the table and knew his organs had been harvested. Geary says perhaps they were trying to redeem Luke but says “I was not thrilled.”

#3 (A different exit for Luke) was the better choice

Geary meant here that Luke exiting after the revelation that he had killed both his parents was a much more logical place in the storyline. However, he did add that the extra story after that point did allow him precious screen time with Jonathan Jackson aka Lucky Spencer whom he calls a “true artist.”

This comment was on Geary’s contract stipulation that he be allowed to rewrite dialog – saying he passed up on more money to keep this in his contract at each renewal. He admits that in the long-run he was had less money for pushing for this, but richer creatively.

#5 There’s a mistrust of actors on our show

Geary vented extensively on being told when to draw a breath and how to turn his body saying that the stage directions are extensive in GH scripts and are “longer than the scenes themselves.” He then editorialized that “great playwrights don’t do that. They trust their material.”

Also part of Geary’s vent on the GH writers, he said “to be handed a scene where we are told how to read every line is insulting.” He admits that with his experience, he can push back but feels bad for younger actors and advised the show’s writers: “If you must write this way, then go write a novel.”

Geary ranted about how the industry will eagerly replace you for someone with “bigger pecs.” He also takes to task the emphasis on social media usage by the actors and that show runners will look to an actor “whose Twitter account is more active” when making casting choices.

#8 Producing pabulum for the masses

Speaking of GH legacy showrunner Gloria Monty he said she saw it as more than this and considered producing the soaps as “a higher calling” but admitted that in this environment, networks would be scared to hire her and says her focus “was to entertain and confound.”

#9 The writer and I have never spoken

Interesting that Geary won’t even utter Ron Carlivati’s name. He admits that problems he had on GH were not with Frank Valentini, but Carlivati. He even said, “We’ve sat at the same table at the Emmys and what not, but he never has anything to say to me.”

Heartbreaking as it is to hear, Geary is over being part of the most epic relationship on soap history. Not only that he says, “Genie [Francis] would tell you the same.” He says they’ve been “dragging the corpse of that relationship around for 30 years.” Wow.

In short, while Geary has said he was open to coming back on General Hospital for a short stint in the future, it looks like he has set up a glorious bonfire to burn those bridges so that’s not even a possibility. Geary has been very vocal about maintaining relationships with his fellow actors and many have already spent time hanging out at his Amsterdam digs – but it looks like when we last see Luke Spencer on the small screen on July 27th, it really will be goodbye.