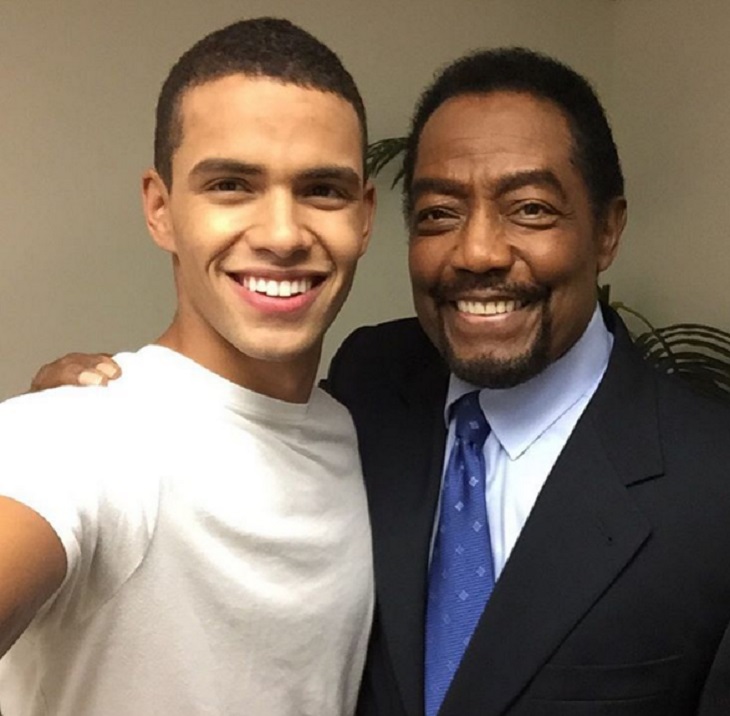 “Days Of Our Lives” spoilers revealed months ago that the NBC soap opera was SORAS-ing a handful of the Salem kids, and improving their teen storylines in hopes of bringing in younger crowds of viewers.  For those of you who aren’t aware, SORAS is an acronym for “Soap Opera Rapid Aging Syndrome.”

DOOL spoilers teased that one of the victims of the rapid aging syndrome would be Abe’s (James Reynolds) son Theo Carver.  A few months ago news hit the internet that NBC had cast Kyler Pettis to play the part of Abe’s now teenage son Theo.  Kyler is new to the soap opera world, however he has a few acting credits including a stint on “Ray Donovan,” and he also works as a professional model.

Soap Opera Digest’s spoilers tease that Kyler Pettis’s first air date on the NBC soap will be on Tuesday November 3rd.  On Monday Kyler’s on-screen dad James Reynolds took to social media to announce that his “son” would be making his debut on the daytime drama this week.  Reynolds shared a photo on Instagram of himself posing with the new Theo Carver portrayer and captioned it, “My TV son TheoCarver has grown up! Can’t wait for you all to meet KylerPettis tomorrow when he debuts on Days! He’s a great guy you will love him!”

DOOL spoilers tease that it won’t be long before Kyler Pettis gets caught up in some Salem mischief, and we can’t wait to see what he has up his sleeve.  Are you excited about Theo being SORAS’ed?  Share your thoughts in the comments below!

‘The Young And The Restless’ Poll: Can Kristoff St. John’s Character Neil Winters Be Redeemed – Most Hated Character On Y&R?