Days of Our LivesMartha Madison

‘Days Of Our Lives’ Casting News: Martha Madison Returns To ‘DOOL’ As Belle Black In November 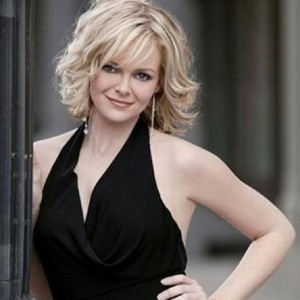 “Days Of Our Lives” spoilers tease that Martha Madison is headed back to the NBC soap opera as Belle Black – and her first episodes will air in the middle of November, according to the soap’s official Instagram page.  DOOL casting rumors teased months ago that Martha Madison was returning to the NBC soap opera, but with all of the special guest stars coming and going for the 50th anniversary of the daytime drama – it has been hard to keep the casting spoilers and rumors straight.

For those of you who don’t remember Salem’s own Belle Black, she is the daughter of John Black and Marlena Evans.  The role was created in 1993, and played by a handful of different actresses(including GH’s Kirsten Storms) until Martha Madison made it her own in 2004.  Ironically, Belle had relationships with both Phillip Kiriakis and Shawn-Douglas Brady, so it seems fitting that she is returning around the same time that Phillip is scheduled to return to Salem.  The last time DOOL fans saw Belle Black was in 2008 when she left town with her husband Shawn and their daughter Claire.

Related: Patch and Bo Face Death, Hope Prepares To Marry Aiden As He Plots To Kill Her

There is no news yet on how long Belle Black will be in Salem, and whether or not she and Shawn are still happily married.  Regardless, we can’t wait to see her back on “Days Of Our Lives!”  Are you as excited as we are for Martha’s return?  Do you think the DOOL writers might revisit history and have a little love triangle in the works between Shawn, Belle, and Phillip?  Let us know what you think in the comments below!

‘The Bold and the Beautiful’ Spoilers: Watch The B&B Video Preview For Tuesday October 27 – SEE IT HERE!