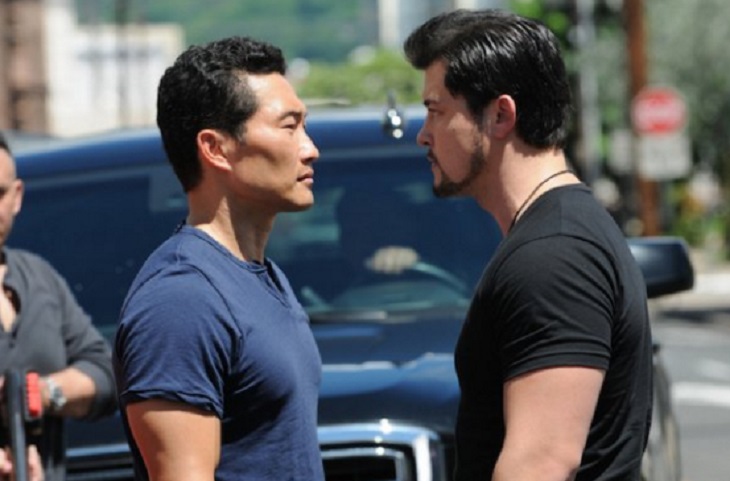 “Days Of Our Lives” fans were pretty upset when Christopher Sean exited “DOOL” and we had to say goodbye to his character Paul Narita.  But, “DOOL” fans can still catch the Salem alum on CBS’s Friday night crime drama “Hawaii Five-O,” where he plays that part of Gabriel Waincroft.  Ironically, Gabriel is basically the polar opposite of Christopher’s “Days” character Paul.  Unlike Paul Narita, Gabriel is a cold-hearted crime boss – and kind of scary!

According to spoilers from CBS, Christopher Sean will be returning to “Hawaii Five-O” on Friday November 13th as Gabriel Waincroft in the Season 6 Episode 8, “Piko Pau ‘iole (And Artful Dodger).”  Christopher Sean has been updating his fans on Twitter and Instagram, and sharing photos of himself on the CBS set, according to Sean’s Instagram account – his run as the villain Gabriel Waincroft on “Hawaii Five-O” will come to an end in Episode 11.  It’s unclear whether the character is killed off, leaves town, or heads to prison.

If you are a fan of Christopher Sean and you miss Paul Narita on “Days Of Our Lives” as much as we do – then we highly recommend you check out “Hawaii Five-O” on Friday nights on CBS, it is so fun to see Christopher playing such a bad-ass character!  Also, according to IMDB Christopher is currently working on TWO movies, “Perceptive Matter” (as Lt. Creed) and “Young Again” (as Frates) – they are both scheduled for releases in 2016.

So ‘Days’ fans, have you been watching Christopher Sean on “Hawaii Five-O?”  What do you think of his character Gabriel Waincroft?  Let us know in the comments below and don’t forget to check Soap Opera Spy for all of your “Days Of Our Lives” spoilers and news!

‘General Hospital’ POLL: ‘Jake Is Jason’ Reveal – What Was Your Favorite Scene? VOTE!