Days of Our LivesGreg Vaughan 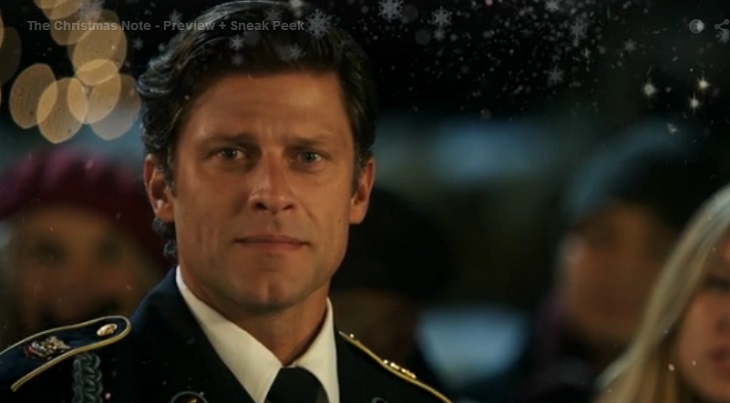 Greg Vaughn (DOOL’s Eric Brady) actually tweeted about the Hallmark movie back in September 2015, he shared a photo of himself and the movie’s director Terry Jingram standing in what appeared to be a fake winter wonderland, complete with faux snow and a Christmas tree.  Greg isn’t the only big name appearing in ‘The Christmas Note,’ his co-stars include Leah Gibson and Jamie-Lynn Sigler.

According to the Hallmark Channel’s official website, ‘The Christmas Note’ is based on a 2011 novel by Donna Van Liere.  The story follows two women from different walks of life that wind up moving in next door to each other and leaning on each other during the stressful holidays and their personal drama.  It looks like Greg Vaughan will be playing the role of one of the women’s love interests!

So ‘Days Of Our Lives’ fans, are you as excited as we are to watch Greg’s new Christmas movie?  You can check out the promo video below – and don’t forget to set your DVR’s for ‘The Christmas Note’ premiere on November 29th!

‘One Life To Live’ Alum Nathaniel Marston Dead At 40