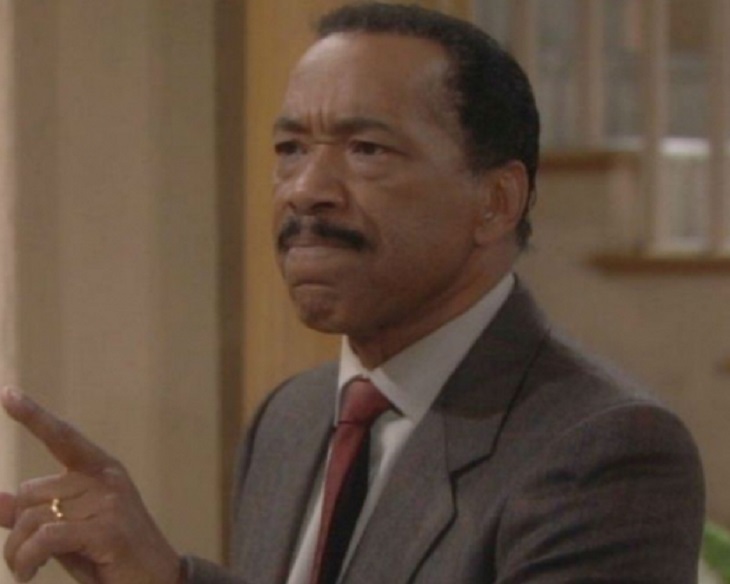 ‘The Bold and the Beautiful’ (B&B) spoilers tease that Nicole Avant [Reign Edwards] will soon run into romance problems with Zende Forrester [Rome Flynn] caused by her pregnancy. When that happens, the Avant clan will erupt into anger and controversy.

It’s already rough on Julius Avant [Obba Babatunde] and Vivienne Avant’s [Anna Maria Horsford] Midwest sensibilities that their son Myron has turned into Maya Avant [Karla Mosley] but now that their baby girl Nicole has been drawn into this, they’re really struggling.

Julius and Vivienne have shown remarkable growth in acceptance of Maya’s life choices, but watching it impact Nicole’s life will reignite their objections to Maya and Rick Forrester [Jacob Young] starting a family using Nicole as a surrogate.

B&B spoilers indicate that in the week of December 14 through 18, Zende’s feelings for Nicole will start to shift because of the pregnancy. The morning sickness is hard enough to handle, but she’s breaking plans because she’s tired and the pregnancy is taking its toll.

Plus, Zende and Nicole have yet to be intimate and her pregnancy is off-putting for Zende in this regard. Looks like he will pull back, this will hurt Nicole’s feelings, and she’ll turn to her parents for comfort. This will have her dad playing protective papa bear and he’ll turn on Maya.

Julius thinks that Maya is ruining Nicole’s life and will have something to say to his transgender daughter. But no matter what Julius thinks, you can’t un-spill that milk. Nicole is pregnant with Rick’s baby and has promised to give it to her sister and her husband.

Will Julius tell Nicole she shouldn’t give up the baby? After all, the child is biologically Rick and Nicole’s. Is there any chance that Julius might encourage her to terminate the baby? That’s doubtful since he and Vivienne are very conservative, but you never know.

Can Nicole work it out with Zende? Also, on Monday, December 14, Nicole’s friend Sasha [Felisha Cooper] will come to town and could cause more issues in an already-complicated situation. Sasha will be jealous of Nicole’s success in LA and who knows what will happen from there…

Related: Big Drama For Katie And Bill, Brooke Logan On The Prowl Again

Julius does have it right in some ways – Nicole is too young to understand the ramifications of agreeing to be a surrogate, especially when the child would be biologically hers. She’s just 18 – that’s a huge burden for a kid barely out of high school.

Maya and Rick really were overstepping when they asked her to do this. Asking for an egg and going to a real surrogate may have been a less intrusive way to get what they wanted without co-opting nearly a year of Nicole’s life.

But, let’s face it, Maya and Rick are a pretty selfish couple. They’ve shown time and again they will run over anyone in their way. And while they didn’t strong arm Nicole into agreeing to the pregnancy, there was a lot of guilt in the mix.

Since it was Nicole that blew up Maya’s Myron secret, she feels beholdened to her big sister. Plus, that’s her older sibling and that love weighed heavily in her decision. Realistically, this pregnancy situation is not good for Nicole – Julius is right in that.

But Julius going off on Maya about the pregnancy won’t solve anything. But B&B spoilers indicate the Avant patriarch will do it anyway! And that will likely make things even harder on poor Nicole. Hopefully Vivienne can talk her hubby down.

Don’t miss a moment of the unfolding B&B baby drama and check back with Soap Opera Spy often for more ‘B&B’ spoilers, gossip and news.