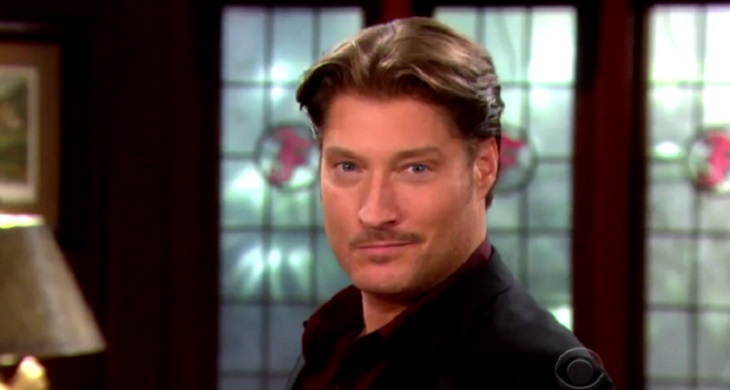 “B&B” star Sean Kanan [Deacon Sharpe] has joined on to serve as a youth ambassador for Boo2Bullying. In October 2015 Sean visited Palm Springs High School to talk about his own experiences being bullied as a child.

The director of the program contacted Sean and asked Kanan if he would be interested. Sean was honored to be asked. In a recent interview with CBS Soaps in Depth Sean explained, “Anti-bullying has been a passion of mine for a long-time.” And indeed it has. Kanan just finished filming the anti-bullying murder mystery “South32” with “DOOL” [ex-Serena Mason] and “OLTL” [ex-Natalie Buchanan] alum Melissa Archer.

Kanan shared many of the bullying incidents he encountered when in grade school. The bullying started when Sean was in the first grade, and the frequent bullying had a lasting impact on the actor. But Kanan wasn’t just at Palm Springs High School to share his experiences; he wanted to hear what the kids had to say.

“We encouraged the kids to come up and speak,” Sean revealed in the CBS Soaps In Depth interview. The first young man to share his story of being teased over his cystic acne was touched Sean so deeply it brought tears to his eyes.
Kanan knows how hard it was for the teenager to share, but it was a good thing. It gave other teens the courage to share their stories that day. “I get choked up just talking about it,” Kanan revealed.

The “B&B” actor is excited to work with the Boo2Bullying program again. Kanan hopes the program will move into elementary schools as well. And Sean wants people to be aware that it isn’t just boys who bully classmates and others. Girls can be even nastier than boys when it comes to bullying.

And bullying doesn’t end in high school. Sean Kanan wants students and parents to be aware that the problem extends far into the college years, often ending in physical violence on campus.

One point Sean wants people of all ages and walks of life to understand – bullying is a much bigger problem than ever before. It doesn’t stop when a student leaves school property or after their walk home. The Internet provides the opportunity for bullying to continue around the clock.

The “B&B” actor hopes more people will become involved with organizations like Boo2Bullying. There can never be too much awareness of this growing problem.