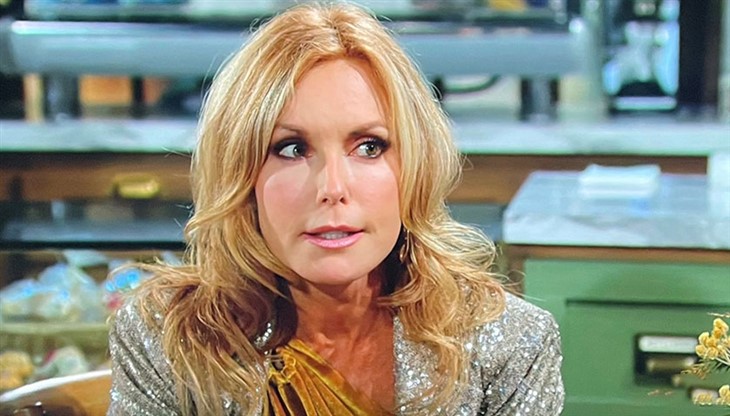 The Young And The Restless Spoilers – Are Chelsea Lawson And Billy Abbott Ready For More?

That marriage didn’t work out so she wed Dr. Scott Grainger (Peter Barton) and became Sheila Carter’s (Kimberlin Brown) mortal enemy while giving birth to son, Scotty Grainger, along the way. That marriage also ended badly but Lauren has spent much of her adult life wed to Michael Baldwin (Christian L. Le Blanc) and raised their son, Fenmore Baldwin.

Now, it is time for her to receive an honor that will have her looking back at her life in Genoa City on Wednesday.

Y&R Spoilers – Lily Winters Has Her Own Major Problems

Julian Larach will debut as Trey, Lauren’s new right-hand man who will be there for her when she accepts a lifetime achievement award for her work in the fashion industry. That work even made her a character on The Bold and the Beautiful for a while when Lauren lived in LA and worked with Eric Forrester (John McCook) at Forrester Creations. They even had a brief romance for a time.

Now, fans get to look back at Lauren as the audience is treated to flashbacks of her life in a standalone episode full of GC memories. Expect an appearance by Zack Tinker as Lauren’s son Fen, as he was apparently given time off from playing Sonny Kiriakis in Days of Our Lives.

It will be an episode that will take Lauren, her family, friends, and fans on a trip down memory lane that everyone will be sure to remember. Then, on Thursday, we get back to our regularly scheduled storylines with Tucker McCall (Trevor St. John), Phyllis Summers (Michelle Stafford), and Kyle Abbott (Michael Mealor). Stay tuned to The Young and the Restless weekdays to see how these stories play out.