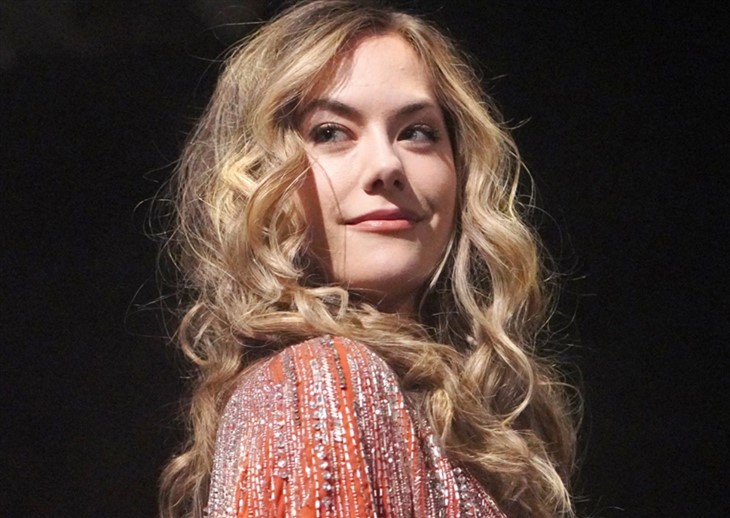 The Bold and the Beautiful (B&B) spoilers for Wednesday, January 25, 2023, reveal Hope doing her best to save her fashion line.

Hope Logan Spencer (Annika Noelle) finally found success for Hope For The Future, the fashion line she has been working on for years. The big difference between before and a few months go was that Thomas Forrester (Matthew Atkinson) became her top designer and his designs were a hit. Sure, she promoted the bran as an influencer, but Thomas was the creative brains behind the operation.

Now, Thomas has been ostracized and fired and Hope has nobody to work on her line anymore except for herself. To that end, she has a proposal for Steffy Forrester Finnegan (Jacqueline MacInnes Wood) and Eric Forrester (John McCook)and that consider it. Sadly, the end up not liking her idea and Hope feels like she is back to square one. Is it time for her to think about bringing Thomas back despite what he did to her family and Douglas Forrester (Henry Joseph Samiri)?

Now that Deacon Sharpe (Sean Kanan) has Sheila Carter (Kimberlin Brown) alone at Il Giordino, his brand-new restaurant, she cannot run or hide and may have to even answer his questions. No way does Deacon believe that Dollar Bill Spencer (Don Diamont) fell for Sheila that fast and is suddenly madly in love with her and ready to give up everything for her.

Deacon wants to know what Sheila really has on Bill or at least what she did to him to make him do her bidding. There is no way any of this is legit and Deacon is determined to get to the bottom of whatever Sheila is up to. He knows her too well after all their months living together to think she is actually in love with Bill, so what gives?

Will Sheila trust Deacon enough to let him in what she is really up to? After all, he has protected her before and will likely do it again. If Sheila will confide in anyone, it may as well be Deacon. Stay tuned to The Bold and the Beautiful weekdays to see how these stories play out.