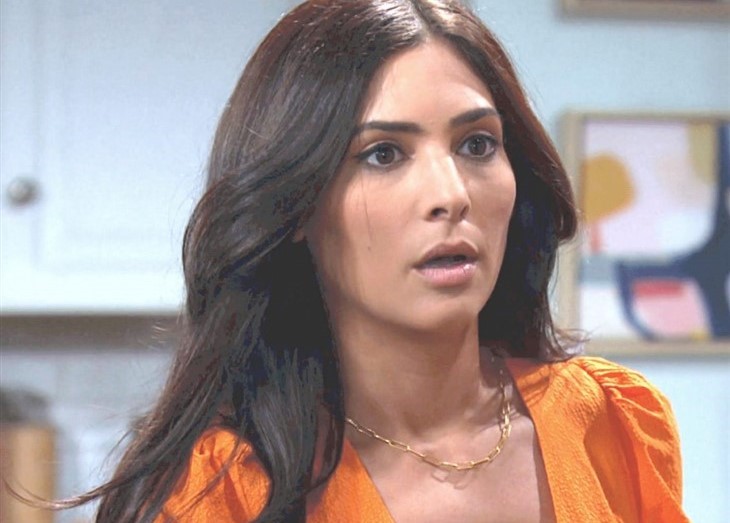 Days of Our Lives (DOOL) spoilers for Wednesday, January 25, 2023, reveal Gabi is still determined to win Stefan back and now she might even have a partner in crime.

Gabi Hernandez (Camilla Banus) is not giving up on the idea of winning Stefan O. DiMera (Brandon Barash) back, even if he has told her that he hates her and thinks she is a horrible, selfish person. She figures that is just the brainwashing talking and doesn’t think he actually means it. However, she didn’t do herself any favors by wanting Marlena Evans (Deidre Hall) to hypnotize him while she was on her death bed.

It’s a good thing Gabi has someone in her corner for this. Wendy Shin (Victoria Grace) feels absolutely horrible for keeping the truth about Stefan from Gabi just so she would marry her brother, Li Shin (Remington Hoffman), and make him happy. So, Wendy decided she is going to be the one to fix this mess and help Gabi in her quest to make Stefan hers again. Too bad he is so resistant to the idea.

Stefan might say she doesn’t want Gabi back, but that still doesn’t mean he is happy with what others have done to his life. For the moment, he blames his brother EJ DiMera the most. He thought he and EJ were becoming friends and that there was a trust between them, but clearly, he was wrong.

Since EJ betrayed him and played with his life in such a way, Stefan wants to make EJ pay for what he did so he sets a plan in motion that is going to involve Nicole Walker in an accidental and very unexpected way.

Allie Horton might have lost her grandmother, but she also has to think of her romantic life. After getting an opinion from Alex Kiriakis in a kiss Chanel Dupree shared with Johnny DiMera, Allie goes back to Chanel and wants to hash the whole thing out.

Does he truly have feelings for Johnny and are those feelings going to get in the way of their relationship? Could it be over for Allie and Chanel already? Stream Days of Our Lives weekdays on Peacock by 6 am EST to see how these stories play out.