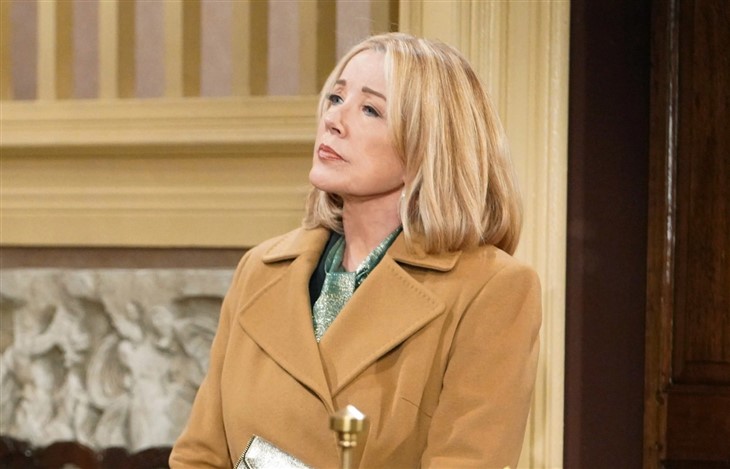 The Young And The Restless – Nikki Newman Is Onto Diane Jenkins

The Young and The Restless spoilers indicate during the week of January 23 to January 27 that, Diane will put on the brakes with Jack Abbott (Peter Bergman). Diane’s decision could have something to do with Nikki and Chance Chancellor (Connor Floyd) figuring out who took the necklace. Nikki is not happy that Jack is committing felonies for Diane. Victoria Newman (Amelia Heinle) wants Nikki to move on.

Kyle Abbott (Michael Mealor) and Summer Newman-Abbott (Allison Lanier) may clash over his alliance with Victor Newman (Eric Braeden). Kyle is determined to protect Jabot from Adam Newman (Mark Grossman), even if he has to work with Victor to get rid of Adam.

Daniel’s gaming platform deal may fall through, leaving him in a mess. Tucker McCall (Trevor St. John) will offer assistance, but Phyllis Summers (Michelle Stafford) doesn’t trust him. Tucker may go too far with Victoria as well.

Chelsea Lawson (Melissa Claire Egan) will try to figure out where things are going with Billy Abbott (Jason Thompson). Billy will make an admission but is it about feelings for Chelsea? Billy and Chelsea have grown closer since he saved her life weeks ago. Does Billy want to see where this relationship goes?

Tracey E. Bregman (Lauren Fenmore) will have a special episode celebrating 40 years on the show. Fenmore “Fen” Baldwin (Zach Tinker) will come home to attend a celebration in his mom’s honor. This episode airs on January 25.

The Young And The Restless Spoilers – Adam Newman’s Baby Bomb

During the week of January 30-February 3, Lauren offers Phyllis some advice and hopes she listens this time.

Victor and Kyle will continue to work to get Adam out of Jabot and back to Victoria faces her own crisis, which could be some family drama. Does this have anything to do with Billy and Chelsea’s budding relationship?

Sally confesses to someone. Does Sally tell Adam about the baby? Does Sally admit that she has no idea which Newman is the father? Nick Newman (Joshua Morrow) knows about the baby. Doesn’t Adam deserve to know as well?

Days Of Our Lives Spoilers: Wendy Spies Allie, Suspects Cheating With Alex, Will She Tell Chanel?