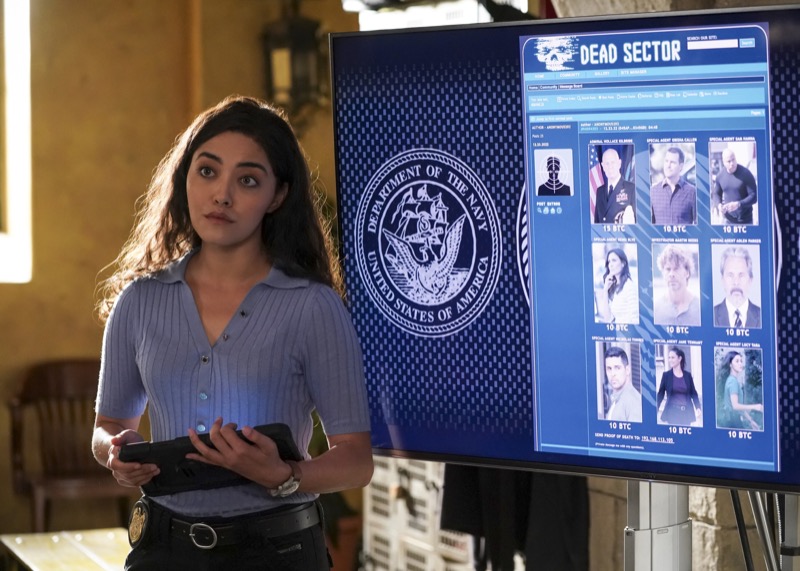 What happened to Lucy Tara on NCIS: Hawaii?  Several episodes of NCIS: Hawaii have passed, and fans still have not caught a glimpse of Yasmine Al-Bustami.  Rumors have been circulating the internet for a few weeks now, hinting that Yasmine has left the CBS series for good.  However, new NCIS spoilers reveal that is not the case and Lucy Tara will be back on the island.

Where did Lucy Tara go?  Earlier this year on NCIS: Hawaii, Yasmine Al-Bustami’s character announced that she was leaving the island to pursue a new position on the main land.  NCIS: Hawaii spoilers show that Lucy accepted the position when she and her girlfriend Kate were broken up.

NCIS fans will be happy to hear that we have not seen the last of Lucy Tara, and according to new spoilers, it appears she will be back in new Season 2 episodes.  Vanessa Lachey teased Yasmine Al-Bustanami’s status and dished, “Well, she’s still part of our team.  [Yasmine] has been back and forth, and it’s been really great that our writers have been able to write around the commitments she has going on in the mainland.”

Lachey went on to tease that she had just filmed some really exciting episodes and “water scenes” for two days straight with the fan favorite.

So far there is no news yet on what exact episode will bring Lucy Tara back to Hawaii in Season 2, but it does appear to be definitely happening.  And, let’s be honest, Lucy and Kate definitely need to have a heart to heart about the status of their relationship.   While NCIS fans are really hoping for a reunion, at this point we will take any kind of closure.

Are you a fan of Lucy Tara on NCIS: Hawaii, are you looking forward to new episodes with her?  Let us know what you think in the comments below and keep checking back here for more NCIS: Hawaii spoilers and updates.