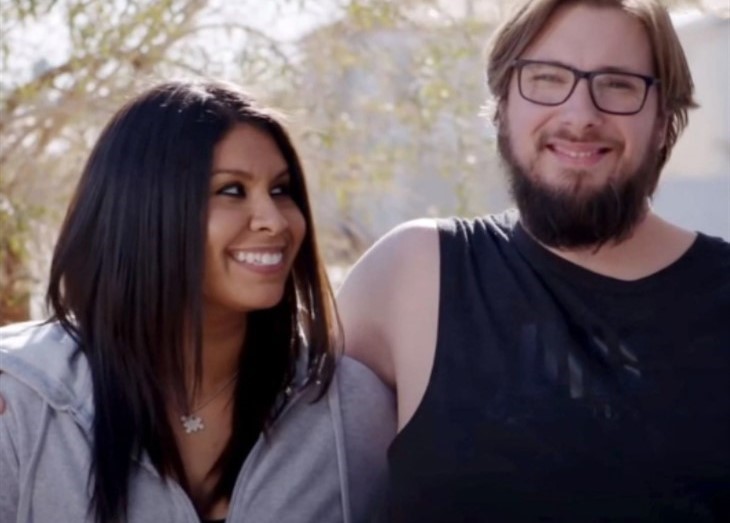 90 Day Fiancé stars Colt Johnson and Vanessa Guerra continue wedded bliss after eloping. The couple recently confirmed that they tied the knot in secret before announcing it at The Single Life Tell All episode.

And now, Vanessa is showing everyone she’s still pretty much in a honeymoon phase with Colt.

Vanessa Guerra is head over heels in love with her husband, Colt Johnson, and she’s not ashamed to show it. In an Instagram post, the 90 Day Fiance star showed her appreciation for her husband, who’s been working hard to lose weight.

Vanessa took to her IG Stories and shared a photo of Colt during one of his workout sessions. The TLC celeb rocks a scruffy look with his long hair and beard.

The reality star goes on to share another post, telling everyone that she’s not asking Colt to change anything about his looks. “And quit telling me to tell him to shave his beard/cut his hair,” Vanessa added. “The answer is no!’

TLC – 90 Day Fiancé Spoilers – Colt Johnson And Vanessa Guerra Get Their Happily Ever After?

Colt Johnson and Vanessa Guerra may not be the perfect couple but they’re doing their best to make things work for them. The 90 Day Fiance couple has shown quite good progress in their relationship, especially after all the controversies they’ve dealt with.

Now, it seems Vanessa and Colt are living they’re happily ever after. The couple seems to enjoy a smooth-sailing relationship as they’ve adjusted more for each other.

Previously, Colt revealed that he made some drastic changes just to earn Vanessa’s trust. He’s now more open about things, giving her his passwords on almost everything.

Another 90 Day Fiancé Relationship May Be On The Rocks https://t.co/3lrD05FT8O pic.twitter.com/IHm5qlFhIu

Many are now wondering what’s next for Vanessa Guerra and Colt Johnson. The 90 Day Fiancé couple has yet to reveal any future plans but fans are hoping to see them grow their family.

Recently, Vanessa sparked pregnancy rumors after a photo of her holding her belly surfaced online. Apparently, some think it’s a typical gesture for an expectant mother.

Others think that Colt himself is hinting at becoming a father soon. He’s been wearing shirts with dad-related designs, sparking even more speculations that he’s expecting his first child.