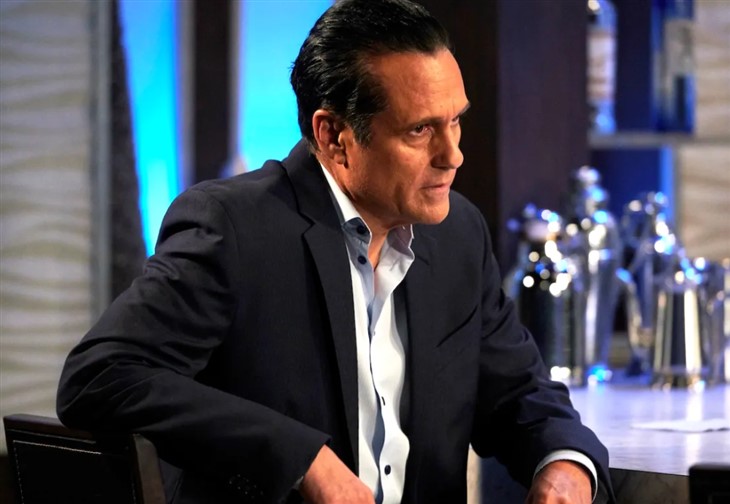 General Hospital (GH) spoilers and updates tease that Josslyn Jacks (Eden McCoy) and Dex Heller (Evan Hofer) will have something to worry about. Cameron Webber (William Lipton) showed up at Joss’s dorm room door and discovered Joss and Dex mostly naked-Josslyn’s fear is he’ll rat them out to Sonny Corinthos (Maurice Benard)!

General Hospital Spoilers – Is He Why We Broke Up?

Cam shows up and a half naked Dex answers with more naked Joss in the background, thinking it’s a sushi delivery man but it’s Cam. Once Cam likely explodes at Dex, he’ll want answers from Joss, and he asks her if Dex is the reason they broke up. It’s like everyone knew except Cam, or at least suspected, that Joss was cheating with Dex for some time, at least emotionally, but Joss strung Cameron along.

Josslyn didn’t break up with Cameron until after she and Dex hit the sheets the first time, and Cameron likely won’t believe it if she tells him. Spencer Cassadine (Nicholas Alexander Chavez) had asked Cam if Dex had anything to do with him and Joss growing apart but then bit his tongue!

GH Spoilers – Sonny Corinthos Would Be Furious If He Knew

Sonny doesn’t like when his employees don’t obey him, and Dex has been missing in action several times now, every time with Joss! Joss started to mouth off to Sonny to let her and Dex live their lives but held back when he called her to his office to talk. It wasn’t about Dex at all, it was about Willow Tait (Katelyn MacMullen) right after Sonny found out she had leukemia, and thought Joss already knew.

But she does know that even if she doesn’t respect it, Sonny still thinks of her as a daughter and he’d be upset that Dex and she are sexually involved. Cameron knows that Dex works for Sonny, supposedly as Jason Morgan’s (Steve Burton) replacement – he likely threatens Dex with telling Sonny about him and Joss.

Joss will make a big request on January 23, and that’s likely telling Cam to keep what he knows about her and Dex to himself. That’s because she’s afraid Dex will get himself hung on a meat hook or worse, and Cam won’t be feeling too generous towards the guy who stole his girlfriend! Cameron is angry and hurt, but the fact that he ran to see if she was okay after finding out she was a Hook target tells the tale.

Cameron was worried about her and especially after realizing Britt Westbourne (Kelly Thiebaud) died chasing the Hook away. More than likely, Cameron will honor Joss’s request for silence about her and Dex.