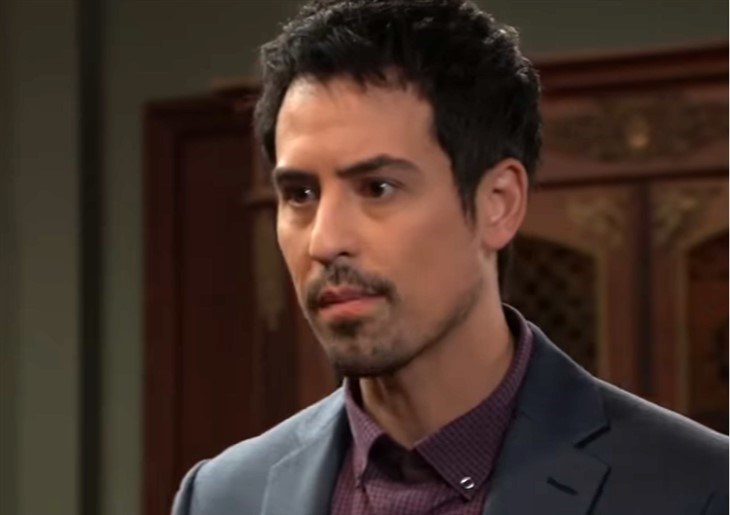 General Hospital (GH) spoilers and rumors tease that when Nikolas Cassadine (Marcus Coloma) exits, he could simply disappear. There’s a good possibility that his mother, Laura Collins (Genie Francis) could get him into witness protection for helping take down Victor Cassadine (Charles Shaughnessy).

Even though Laura has been shocked over her oldest son’s behavior of late and been very disappointed in him, a mother’s love is strong. Recently, she tried to talk some sense into Nikolas offering him a clean slate, but he said if she took down Victor she’d be taking him down too. Obviously, he has been complicit in some of Victor’s crimes since they both reappeared from the dead; Victor had been given an immunity deal for crimes committed from before he returned.

One way to give Nikolas a clean slate and to make sure he doesn’t go down with Victor would be to put him into witness protection. Nikolas would get a new life, a new identity and no one could find him, but the downside is he’ll lose his Cassadine holdings.

Nikolas was shocked recently when Victor informed him he was no longer under his protection, because Nikolas had refused to obey him in something and defied him. Victor had a set of signed divorce papers from Ava Cassadine (Maura West) that included a provision that Spoon Island and Wyndemere Castle would belong to her. Victor had signed away Nikolas’ legacy because they had proof that Nikolas had killed Esmé Prince (Avery Kristen Pohl) by throwing her off the parapet. Even though she resurfaced alive, Victor had proof Nikolas had been holding her hostage in the north tower of the castle-Victor didn’t say where he was moving to. He only said that Nikolas had to vacate, and the next time he defied him would be his last.

Nikolas has gotten himself into situations that he may never get out of alive, if he keeps trying to handle them himself. He may have begun to realize that taking his mother’s offer is the only way since “Uncle Victor” has turned his back on him – Laura’s pleas sinking in.  Perhaps, when the coast is clear and Victor’s ten feet under and only then will it be safe for Nikolas to resume his life in Port Charles.

As far as his baby with Esmé goes, he will want to set up a trust before he exits, so that the baby will be well cared for in any case. He will also do that through his maternal uncle Martin Grey (Michael E. Knight) and let his mother’s side of the family help him now.

Y&R Spoilers: 3 Must-See Moments For The Week Of January 23