GH Comings And Goings: Denise Crosby Back At GH, Carolyn Returns To PC 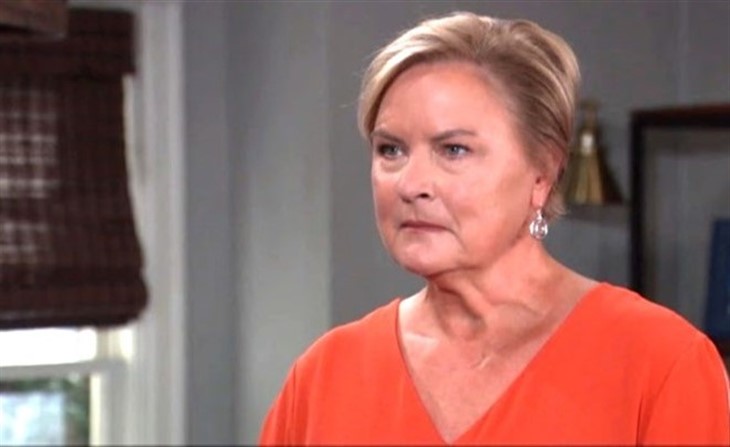 General Hospital (GH) spoilers, news, and updates tease that Denise Crosby will return to the soap as Carolyn Webber. The actress’ character will come back to Port Charles in hopes of making amends to her daughter, Liz (Rebecca Herbst). Unfortunately, she’ll find herself entangled in the story that involves Nikolas (Marcus Coloma),

Crosby’s character was first mentioned in October 2022 but viewers never got to see her at that time. During this time, the news that William Moses was taking over the role of Jeff Webber also came out. The character was previously played by Richard Dean Anderson.

Crosby and Moses’ characters made their first appearance when Liz visited her parents in California so she would learn more about her past.

“She knows it could go really wrong, but she can’t live with herself if she doesn’t take the shot,” she said.
Carolyn believed that she made the right call when she decided to keep the secret that Liz was responsible for pushing Finn’s (Michael Easton) wife, Rieko, down the stairs after her affair with Jeff was revealed.

“I think she recognizes the pain and the sorrow and the remorse that her mother has,” the actress said about her character.

Carolyn won’t be interacting with Liz, only when she returns. Nikolas will catch her off guard when he asks her for some help with Esme. He will sound convincing because he’ll make it appear as if she needs him to mend bridges with her daughter. He won’t reveal all of the details of his plan, and trusting him may not be a good decision for Carolyn.

Meanwhile, Esme will feel overwhelmed with stress. She’s concerned about her baby, the criminal charges she’s facing, and not knowing the identity of her father’s child. Not only that, but her mother, Heather Webber (Alley Mills) is also in the picture. She wants Esme to depend on her, which may tip the latter off that she may not be up to no good. Will she be able to convince Esme to get away from Spring Ridge with her?