Days Of Our Lives Spoilers: Xander And Gwen Give Up On Redemption, Bad Is Easier Than Good? 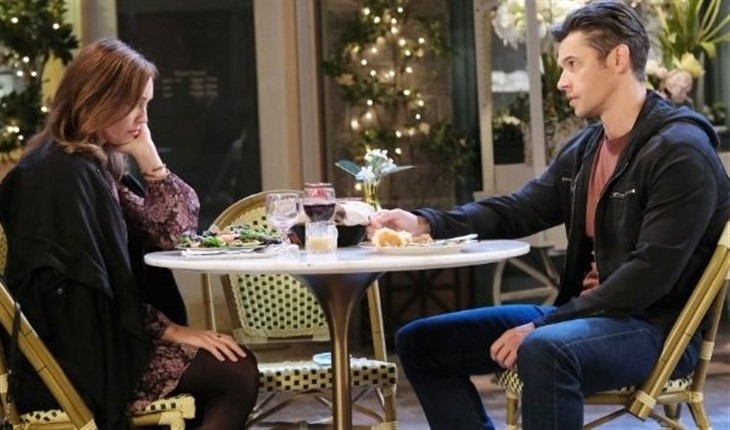 Days of Our Lives spoilers and rumors tease that Xander Cook (Paul Telfer) and Gwen Rizczech (Emily O’Brien) decide to give up on redemption, being bad is easier than being good! Both have tried to change themselves but just keep getting into the same old trouble-maybe leopards can’t change their spots?

Days Of Our Lives Spoilers – Ultimatums And Promises

Gwen’s been given an ultimatum from Jack Deveraux (Matthew Ashford) to stay away from Xander, but she can’t give up on her friend. They were bonded as two town pariahs, and had Sarah Horton (Linsey Godfrey) not returned, they’d have been married. Jack had supported Xander and been his friend as well when no one else believed in him, but being involved working for Ava Vitali (Tamara Braun) was too much.

The two of them don’t do anything but keep themselves in trouble, and although Jack doesn’t want to give up on his remaining daughter, he may be forced to. No matter how much the two of them promise to change, they each keep going down the same self-destructive roads.

DOOL Spoilers – Not Enough Reason To Change For Themselves

For Xander, his road to redemption was all based on Sarah, and for Gwen, her road to redemption was based on Jack. Sarah files divorce papers and Jack fires Gwen, and neither has enough reason to want to change for themselves. Xander is still trying to dig himself out of the hole that he dug himself in working for Ava and kidnapping Susan Banks (Stacy Haiduk) and Bonnie Kiriakis (Judi Evans). Bonnie, bless her heart, has compassion for Xander and tries to get Sarah to pull back on the divorce as Xander tries to keep Leo Stark’s (Greg Rikaart) mouth shut. Xander clings to Gwen and Gwen clings to Xander in the aftermath of the mess.

Days Of Our Lives Spoilers – The Mercenary And The Con Woman

The two pariahs decide they’re quite the pair, the mercenary and the con woman, and decide to stick together. Stick together they do, as in despair they resume their romantic relationship. They decide as birds of a feather they must stick together, even if that turns out to be jailbirds.

Sarah is appalled when it gets back to her that Gwen and Xander spent a night together, as Jack no doubt is. But Jack focuses on other family members, his brother Steve Johnson (Stephen Nichols) and Chad DiMera (Billy Flynn)-Xander and Gwen focus on each other!